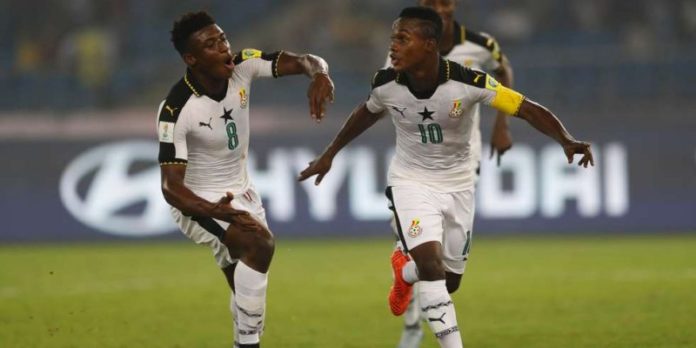 Ghana survived a late scare to register a 2-1 triumph over Burundi in their first match of the 2019 African Games in Casablanca, Morocco, on Saturday.

Tahiru Awudu’s double gave the Black Satellites a first-half lead but the young Swallows pulled a goal back on the stroke of half-time before seeing a late strike disallowed, the referee’s decision allowing the West Africans to run away with all three points at Stade Municipal in El Mansouria.

Unlike previous editions of the tournaments, which featured U-23 outfits, this year’s championship is being contested by U-20 teams.

Ghana opened the scoring in the 16th minute through Awudu.

The Medeama forward then found the back of the net again five minutes later to make it 2-0 to Yaw Preko’s outfit.

Burundi would, however, launch a fightback and their efforts earned a reward on the stroke of half-time when they scored to halve the deficit.

Late in the second half, the East Africans appeared to have scored to level the match but to the delight of the Ghanaians, South African referee Eugene Mdluli ruled out the goal.

For their next game, Ghana will face Senegal, who settled for a 0-0 draw with Mali in the first Group B fixture on Saturday.

The West Africans, 2011 champions under Black Stars coach James Kwesi Appiah, are on the search for their second title.

See also  VIDEO: Dr. Kofi Amoah should be blamed for whatever outcome the CAS ruling on Palmer's case will be - Ibrahim Gagbuni

No Messi or Ronaldo among nominees for Champions League positional awards

It is a great joy for me to have my two sons at Bayern...