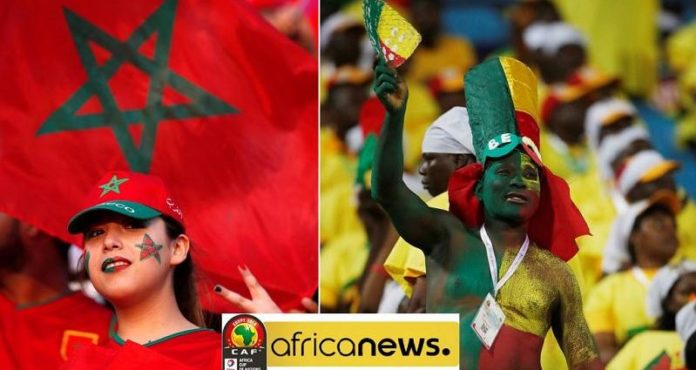 After twelve days of group stage action and two days of rest, the journey to African Cup of Nations, AFCON, glory resumes today in the land of the pyramids, Egypt.

The group stages coughed up lots of incidents from the goals, the misses, the blunders and the tactics. Not to forget the fans in the stands, the permutations as to who qualifies for the knockout not forgetting the empty stadia.

But with the group stage over, eight out of the 24 teams were eliminated whiles sixteen teams will in the next four days be whittled down to eight for the quarter finals.

July 5: Uganda vs. Senegal in Cairo

July 5: Morocco vs. Benin in Cairo

July 6: Nigeria vs. Cameroon in Alexandria

July 7: Algeria vs. Guinea in Cairo

July 8: Ghana vs. Tunisia in Ismailia

The Atlas Lions of Morocco are one of three countries that qualified with a perfect record from their group. They won all their games and did so without conceding.

The team rode on a one-goal record in beating Ivory Coast and South Africa after struggling to beat Namibia in the first game. In the end it took an own goal to secure full points against the Namibian side.

Benin on the other hand made the knockout stage as one of four third best placed teams. They competed in a group that had Ghana, champions Cameroon and Guinea Bissau.

They drew all their three games. Two-all against Ghana and goalless draw against Cameroon and Guinea-Bissau but three points was enough to get them through due to favourable goal record.

The battle lines are drawn, Morocco are favourites to not just win the tie but to go on and win their second trophy. Time will tell.

The Teranga Lions of Senegal – one of the pre tournament favourites – lost one game in the group stage, defeat to Algeria.

But between the defeat they had beaten Tanzania and then Kenya to guarantee a second place finish and qualify for this stage.

They come up against East Africa’s only remaining representatives, the Cranes of Uganda, who also placed second in their group. Beating DR Congo, drawing with Zimbabwe and losing to hosts Egypt.

The Cranes will be looking to put behind them a pay row and to qualify for the quarter-finals. They’d first have to deal with Aliou Cisse and his charges. Time will tell.