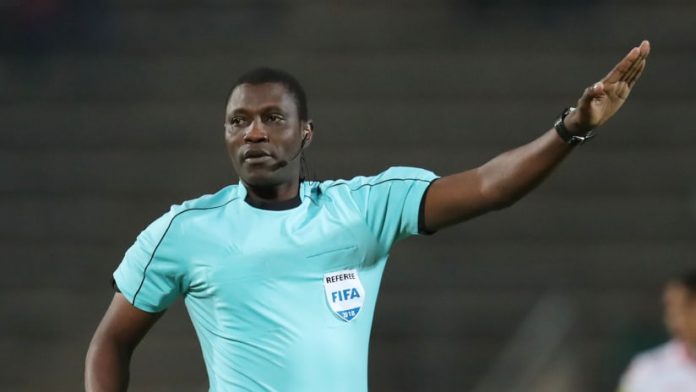 Cameroonian referee Alioum Alioum has been appointed for Friday’s opening match between host Egypt and Zimbabwe at the Cairo International Stadium.

Alioum, 36, and an Air Force Officer in his native Cameroon will steer affairs of the Group A clash that will open the curtains for the 32nd edition of the flagship continental championship.

He is one of the most experienced referees on the elite panel of match officials having officiated at the last four editions of the Africa Cup of Nations – 2012, 2013, 2015 and 2017. A regular face amongst the knights of the whistle on the continent, Alioum also participated in the FIFA World Cup in Brazil in 2014.

His assistants are compatriot Evarist Menkouande and Senegalese El Hadji Malick Samba. At 46, Menkouande ranks amongst the oldest at the tournament. He has officiated at every edition of the biennial showpiece since 2008, making it seven editions in a row.

The fourth official is Maguette Ndiaye, also from Senegal.