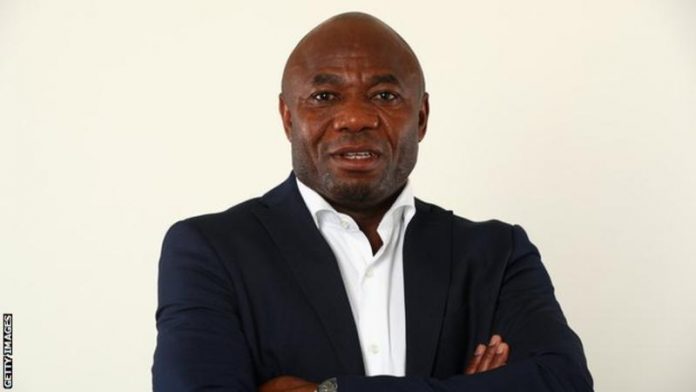 Tanzania’s head coach Emmanuel Amuneke has predicted that some of the bigger names could make an early exit from June’s Africa Cup of Nations.

The former Nigeria and Barcelona star thinks some of the lesser names at the finals have a point to prove.

Tanzania have qualified for their first finals since 1980 and will face Algeria, Senegal and Kenya in Egypt.

“Don’t be surprised if you see some of these so-called big teams packing their bags early in the tournament,” he said.

“I personally don’t fear any team and I know the so-called small teams are going to the Nations Cup with a lot of appetite to try and prove a point.

“Every team that has qualified for is strong enough and now it’s about how much more work the technical teams and players do.

“The small details will count during the tournament, but I like the hunger that my team has.

“Many people thought Tanzania could not qualify and now we are there and we need to prove yet another point.”

The 1994 African Footballer of the Year also believes expanding the tournament from 16 teams to 24 is a good thing.

“It is good Caf has adopted the 24-team system which gives chance to many other teams,” he told BBC Sport.

“Generally teams have improved because younger boys have changed their attitudes and want to shine to improve their daily lives and families.”

Amuneke, who coached Nigeria to the 2015 Under-17 World Cup, has the full backing of the Tanzania Football Federation (TFF).

“I trust in Amuneke and the players to continue doing us proud,” Wallace Karia the TFF President said.

“We will make sure all that the technical team asks for is provided so that the team is well prepared.”

Sports24online COMPILATION: How the coronavirus outbreak is affecting sport

INJURY UPDATE: Ghana and Ajax midfielder Kudus Mohammed ruled out of action until next...

African Football 2019: New year set to begin with a bang