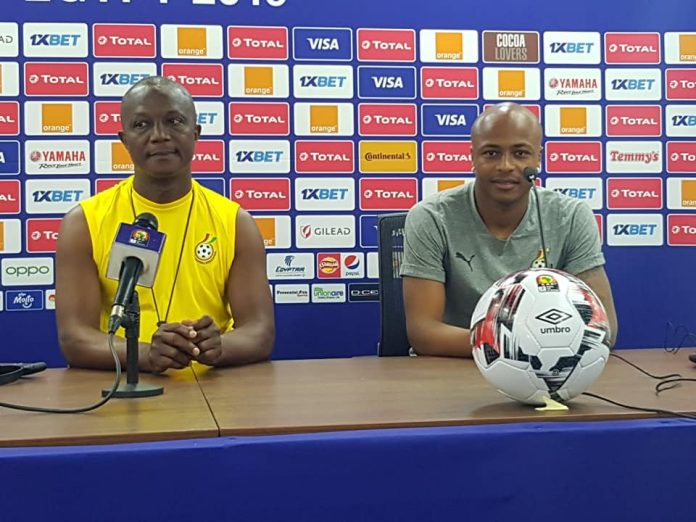 James Kwesi Appiah, Head Coach of the senior national team, the Black Stars, has said his side will give Cameroon a good challenge as they seek to record their first win in the second game of Group F, at the 2019 Africa Cup of Nations (AFCON), at the Ismailia Stadium on Saturday, June 29.

According to coach Appiah, Ghana would approach the game with all the needed seriousness and aggression in a bid to secure a vital win to cushion the Stars into the final group game against Guinea-Bissau on July 2, at Suez Stadium.

Cameroon tops group F with three points after beating Guinea-Bissau 2-0 in the group opener as Ghana played a 2:2 draw game against Benin.

In a post-match press conference after the game, Coach Appiah noted that, he had so much confidence in his team heading into the next games.

“I have enough confidence in my team, despite our draw in the opening game.

“Ghana for some years does not get a good start in competitions, but like I said, any team playing with 10 men in any game and competition is really difficult.

“We are done with the first game and have to put that behind us and prepare for Cameroon.

“We are going to give Cameroon a really good game come Saturday and i am sure we will end victors,” he concluded.

The former Asante Kotoko and Black Stars defender noted that in modern football, there are no minnows or underdogs, hence he does not underrate any team ahead of a game.

Hazard at Real Madrid: Breaking down how he & Zidane will succeed together