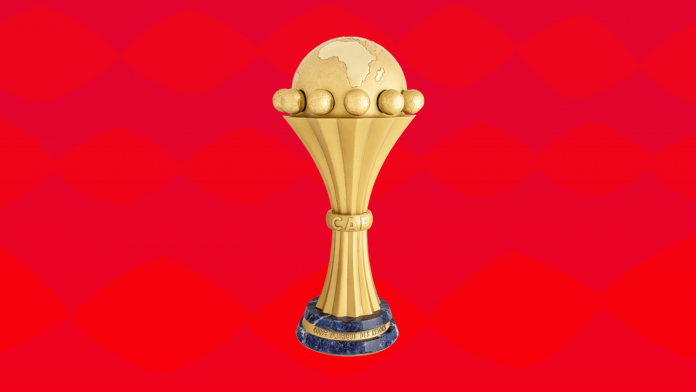 In this article, we look at the 2019 Africa Cup of Nations’ stars and success stories so far, while also highlighting those that did not live up to expectations.

Sixteen teams including hosts Egypt and tournament debutants Madagascar have advanced to the knockout stage of the Africa Cup of Nations.

Eight teams have been eliminated and many will be disappointed with their performances at Africa’s biggest football tournament.

In this article, we look at the tournament’s stars and success stories so far, while also highlighting those that did not live up to expectations.

Mohamed Salah arrived at the tournament shouldering the weight of expectations for a country of almost 100 million, but while influential in his side’s safe passage to the knockout phase he was ably supported by Mahmoud ‘Trezeguet’ Hassan and captain Ahmed Elmohamady.

Kasimpasa midfielder Trezeguet bagged the winner in the opening 1-0 defeat of Zimbabwe and shone again as the hosts rode their luck in a 2-0 win over DR Congo, setting up Salah to open his account with a gliding run and incisive pass.

Elmohamady, who helped Aston Villa earn promotion back to the Premier League, popped up with a pair of goals of his own — the first an alert finish against DR Congo and the second a sweet strike to seal a 2-0 victory against Uganda.

Ranked so low that they had to beat Sao Tome e Principe just to reach the qualifying competition for this tournament, Madagascar assured themselves of a spot in the knockout rounds in emphatic style with a shock 2-0 win over three-time champions Nigeria.

Midfielder Ibrahim Amada insisted “there is no secret” to their success and said the team was simply “trying to make the most of each second” in Egypt. After a commendable 2-2 draw with Guinea, Nicolas Dupuis’ side earned their first win by edging fellow debutants Burundi by a single goal.

That set the stage for a remarkable upset of the Super Eagles, with Charles Andriamatsinoro netting his second goal in three games after Lalaina Nomenjanahary opened the scoring in front of Malagasy CAF president Ahmad Ahmad.

Egypt, Algeria and Morocco marched into the next round with a perfect three wins from three, the north African conditions clearly suiting a trio of teams capable of going far.

Riyad Mahrez’s Algeria got the better of Sadio Mane and title favourites Senegal, while Herve Renard, who is looking to lift the trophy with a third different country, guided Morocco to a series of 1-0 wins — most notably silencing an Ivory Coast attack led by prized asset Nicolas Pepe.

However, Elmohamady warned Egypt not to get carried away. “Nine points out of three games is something Egypt is used to – the difficult part is what comes next.”

Zimbabwe crashed out in disheartening fashion after a 4-0 rout by the Democratic Republic of Congo, but it was the preceding 1-1 draw with Uganda that will leave the Warriors feeling the most regret.

Zimbabwe fell behind to an early Uganda goal before rallying strongly, but a number of glaring misses — the team’s leading scorer in qualifying Musona the chief culprit — saw them fail to collect maximum points which could well have prolonged their adventure.

Egypt brushed their group opponents aside but the host nation’s title push has been overshadowed by sexual harassment allegations surrounding midfielder Amr Warda.

The Greece-based player was initially booted from the squad after multiple women posted screenshots and testimonies of Warda’s alleged lewd comments, as well as explicit videos attributed to the player. But after appeals from team-mates Warda was reinstated less than 48 hours later amid a heated debate about women’s rights.

Reactions have ranged from the pious to the political, with many celebrities coming out to defend Warda and others pointing out his lurid history of sexual misconduct. One of the most popular Twitter hashtags in the wake of Salah and others defending the midfielder was “National team of sexual harassers”.

Tunisia were one of five African representatives at last year’s World Cup, but they have performed well below expectations as the continent’s second-ranked side.

At 25th in the world they trail only Senegal but the Carthage Eagles edged through to the last 16 on the back of three draws in a favourable group featuring Mali, Angola and first-timers Mauritania.

“We are not satisfied with the performance,” said midfielder Youssef Msakni. Former France star Alain Giresse’s chances of winning the tournament at the fourth attempt as a coach look remote.