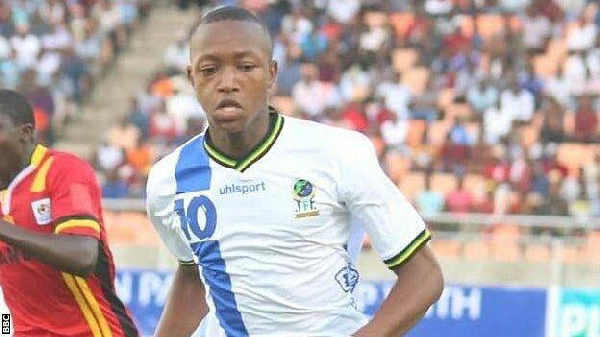 John, who is nicknamed Mbappe after the French star Kylian, impressed at the recent Under-17 Africa Cup of Nations that Tanzania hosted last month.

Another youngster Claryo Boniface from the under-20 side is also on the list.

“I believe it is time we start to build a team and think of the future,” Amuneke said.

“We need to start to think of the youth and see how we can start to integrate in the system.”

John scored in the Tanzania’s opening game as they lost 5-4 to Nigeria and went onto play in the losses to Uganda and Angola as the hosts failed to qualify for the semi-finals of the tournament.

Amuneke also pointed out that Tanzania have an African Nations Championship (CHAN) qualifier against Sudan a week after the Nations Cup.

As well as the youngsters the squad includes both overseas-based players and those from the local leagues for the CHAN.

“The squad is not just for the Afcon but also the CHAN after that,” he explained.

“So as the technical team we are planning how we can switch straight to CHAN after the Afcon.”

MTN FA Cup: King Faisal, Heart of Lions, Karela through to Round of 32