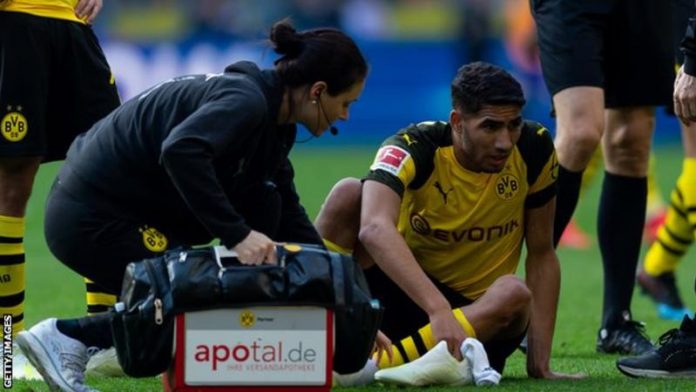 German club Borussia Dortmund have confirmed Morocco defender Achraf Hakimi will miss the rest of the season with a broken metatarsal.

The 20-year-old, who is on loan from Real Madrid, will return to the Spanish capital for an operation.

He lasted just 24 minutes after coming on as a substitute in Dortmund’s 2-0 win over Wolfsburg on Sunday.

The final game of the Bundesliga is on 18 May with the Africa Cup of Nations set to begin in Egypt on 21 June.

Arsenal 3-2 Liverpool: Saka at the double as Arsenal show title credentials with victory...