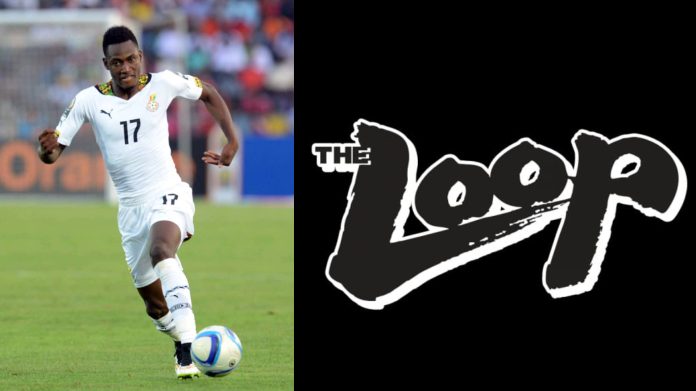 With critical thinking and effective analysis of our domestic league and the process that led the Black Stars qualification to the world cup in Qatar,would provide you with the tools to fully comprehend the realities underpinned current smooth and steady rise of Ghana’s cash-cow in football,the Black Stars.

Who is Abdul Rahman Baba?

Let me now focus on the blessed Abdul Rahman Baba before I get off the rails. I never knew he’s blessed until few days before Ghana-Switzerland International friendly match.

The born and bred Tamale footballer started his football career with Young Meteors in Tamale.

He later moved to Accra and joined Dreams FC.

The young man of few words,religiously sound, opened the floodgates for his handlers at Dreams FC with the needed financial injection and muscles that kept the premier division side on a high pedestal and as one of the properly structured clubs in the country.

The current GFA President,Kurt Okraku was one of the beneficiaries of what Baba Rahman has brought to the club and Ghana as a football nation.

Baba’s historic moved to Chelsea in 2015 was greeted by several views and opinions.After few games with the Blues,Baba moved to Chalke 04 in 2018 and later to Reins,Mallorca,Poak and finally to Reading in 2021 to date with 30 matches played so far.

The calm Ghanaian footballer started with the Black Satellites and in 2014 he was drafted into the senior national team,the Black Stars with about 44 caps so far.

Clearly Baba Rahman started playing for the Blacks Stars before Kurt Okraku was elected as the GFA President in 2018.

My simple question to all those raising questions and negatively criticising Baba Rahman because of his relationship with the top echelon of our football administration is …How would you treat the seed of your prosperity in life or the cash cow product of your business?

Acknowledge Baba and emulate his lifestyle regardless:

It’s imperative to acknowledge the simplicity and respectability Abdul Rahman Baba has attached to his lifestyle.

Baba has indeed exhibited a very high standard of effective parental care and upbringing as well as excellent professional nurturing from his handlers at Dreams FC.

The LOOP find it difficult to understand who Baba Rahman is as a fallible human being and as a professional footballer….

Baba’s patience over the years under all manner of criticisms and his performance in Ghana Black Stars International friendly match against Switzerland authenticated information THE LOOP gathered about the young and blessed footballer.

2.Very religious(Muslim) in all things

3.Got married as early as possible to avoid any untold challenges in his social life.

4.Super generous and affable to all persons regardless

5.One footballer who has been described to be very strategic in his investments and will never become a pauper after hanging his football boots,Insha Allah.

See also  CONFIRMED! Liverpool have NOT signed Fatawu Issahaku and are not in the running to sign him

6.He never goes out with friends or family members to party or any refreshment.Everything is done right at his residence.I mean cooking and all .

7.His residence turns into a mosque and as a rendezvous when is in town with many friends and family members in attendance.

In as much as you are at liberty to offer criticism in whatever you’ve seen or heard about any person(s),it’s equally important to be critical and analytical in your choice of criticism.

Baba Rahman has indeed gone through countless challenges in his career as a footballer especially call-ups to the Black Stars.

Coach Otto Addo’s decision to invite him to the Black Stars and offered him the platform to prove his mettle in the Ghana-Switzerland International friendly match to the surprise of many especially the incredulous or doubting Thomas, helped him to rebranded himself.

We hope he will replicate more of that in his games at the world cup to help raise his status as a credible and productive footballer at club and national level.

You don’t need a fortune teller to tell you that Baba Rahman is guided and protected by God,all because of his remarkable lifestyle and religiosity.

The Loop wishes to urge Ghanaians to keep hope in the Black Stars alive and desist from wrongly criticising our Black Stars players without any realistic or logical reasons.

Abdul Rahman Baba(The blessed) is set to live up to the billing with your prayers and support.

The LOOP has never spoken or met Baba Rahman face to face!!!!

I’ll be minister for all sports, not just football – Mustapha Ussif

Mukarama receives her Golden Boot and Bronze Ball she won at the 2018 FIFA...