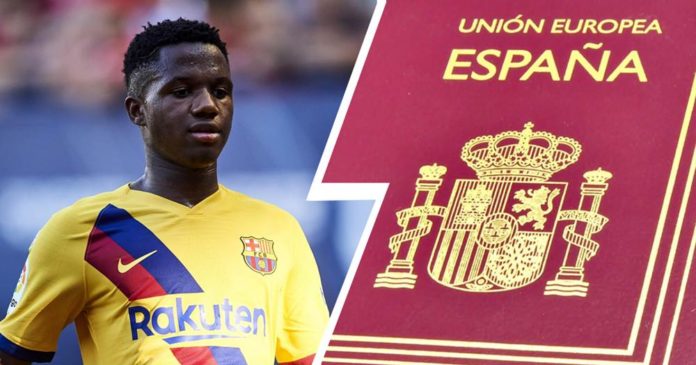 Barcelona starlet Ansu Fati has acquired the citizenship of Spain on Friday, according to Mundo Deportivo.

The winger was born in Guinea-Bissau but moved with his family to Spain at the age of 6. He has already refused to play for his homeland and for Portugal – former colonizers for Guinea-Bissau. The 16-year-old’s incredible start to the season with Barca made the RFEF (Spanish FA) accelerate the process of obtaining the citizenship by Fati.

Ansu is now set to travel to Brazil next month for U-17 World Cup with Spain. La Rojita’s manager David Gordo is now able to include Ansu in his 50-man preliminary list for the tournament which is due by Wednesday, September 25.

VIDEO: Alvaro Morata lands in Turin for his Juventus medical ahead of loan move from Atletico Madrid