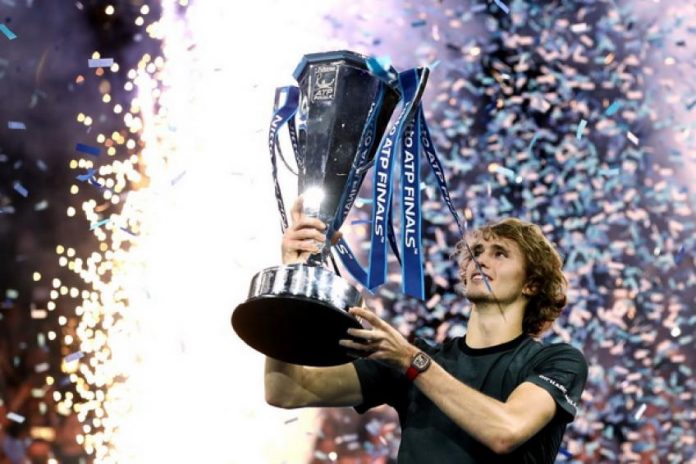 The ATP Finals will move from London to Turin after the Italian city was named as host of the event from 2021 to 2025.

Manchester, Singapore and Tokyo were also on a five-city shortlist to stage the season-ending tournament.

It has been held at London’s O2 Arena since 2009 but will move to the Pala Alpitour stadium.

“We believe that Turin has all the ingredients to take the event to new heights,” said the ATP’s executive chairman Chris Kermode.

The ATP Finals feature the world’s best eight singles players and doubles teams of the season and will boast a record prize fund of $14.5m (£11.2m) in 2021.

Turin will be the 15th city to host the event, and first in Italy, since it was first staged in 1970.

A cumulative total of more than 2.5 million spectators have watched the ATP Finals at the O2 Arena, which will host the event in 2019 and 2020.

The Pala Alpitour stadium, which was opened in 2005, has a capacity of around 15,000 and is Italy’s largest indoor sporting arena.

World number one Novak Djokovic, who lost to Alexander Zverev in last year’s final, said: “The ATP Finals is the biggest and most prestigious event that we have at the ATP.

“It’s a tournament that has historically moved around and so I’m very excited to see it move to Turin from 2021.”

Italy also hosts the Next Gen ATP Finals, with Milan staging the first five editions of the tournament for 21-and-under players from 2017 to 2021.

With the exception of New York’s Madison Square Garden, no other city has hosted the ATP Finals for as long as London.

The event does need to move around, and the world number one and ATP Player Council president Novak Djokovic has been making that argument for some time.

The O2 Arena’s 12-year run has been a phenomenal success, consistently attracting more than 250,000 people with style and panache. The departure of the Finals robs British tennis of a prime spot – at a traditionally fallow time – to showcase the sport.

Turin has a very hard to act follow. But there is a lot of money behind this bid.

Prize money will increase by more than 50%, and put men on a par with women.

The current disparity had not gone unnoticed by ATP players. The prize fund in London this year will be $9m; in Shenzhen, at the start of a 10-year run in China for the WTA Finals, it will be $14m.