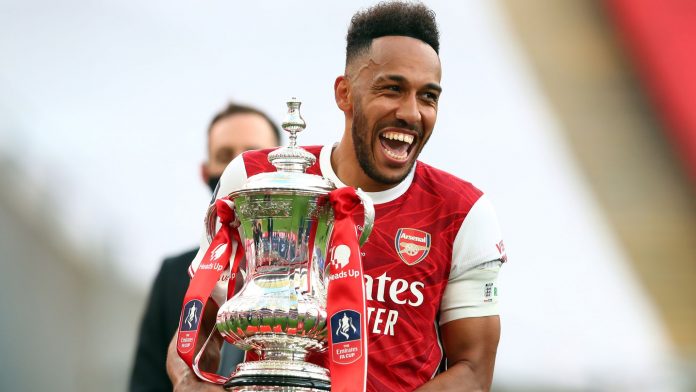 Pierre-Emerick Aubameyang has been named Arsenal’s Player of the Season – as voted by the club’s fans.

The Gabon international claimed 74 per cent of the votes cast to claim the award, beating goalkeeper Bernd Leno and Bukayo Saka who finished second and third respectively.

Aubameyang finished the 2019/20 season as the Gunners top scorer with 29 goals in 44 appearances across all competitions. Two of those goals came in Arsenal’s 2-1 win over Chelsea in the FA Cup final last weekend.

The Arsenal captain is the 10th different recipient of the award first won by Thierry Henry in 2006. Alexandre Lacazette won the accolade last season.

Aubameyang is reportedly close to signing a new deal with the North London club having been heavily linked with a move away from the Emirates Stadium over the last few months.

The 31-year-old joined Arsenal from Borussia Dortmund in 2018. His current contract expires at the end of next season.