Tamale City became the fourth team to join the betpawa premier league for the 2022/2023 season.

Three teams were supposed to be promoted to the premier league but was made four due to the demotion of AshantiGold FC to Division Two following a match fixing scandal in the course of the previous season.

Sellas Tetteh was named coach of the side after the Club was renamed from Guan United to Tamale City FC by its new owners on 17th January 2018.

The U-20 World Cup winner left the then division one club to coach the Rwandan national team.

They are affectionately called “The Citizens”.

The club was on the verge of gaining promotion to the Ghana Premier League before the #12 investigative video was released, which resulted in the halting of the football season.

Upon the return of league football in 2019, the Citizens were in a comfortable lead in Zone one of the division one league table before the outbreak of of Covid-19 in the world. This led to the annulment of the league consequently. That was another devastating news to the Citizens.

The team was outshone by bitter rivals Real Tamale United who subsequently gained promotion to the league last season.

The club improved their squad last season and went toe-to-toe with Nsoatreman FC where both teams ended the season with the same points and equal on head-to-head basis. 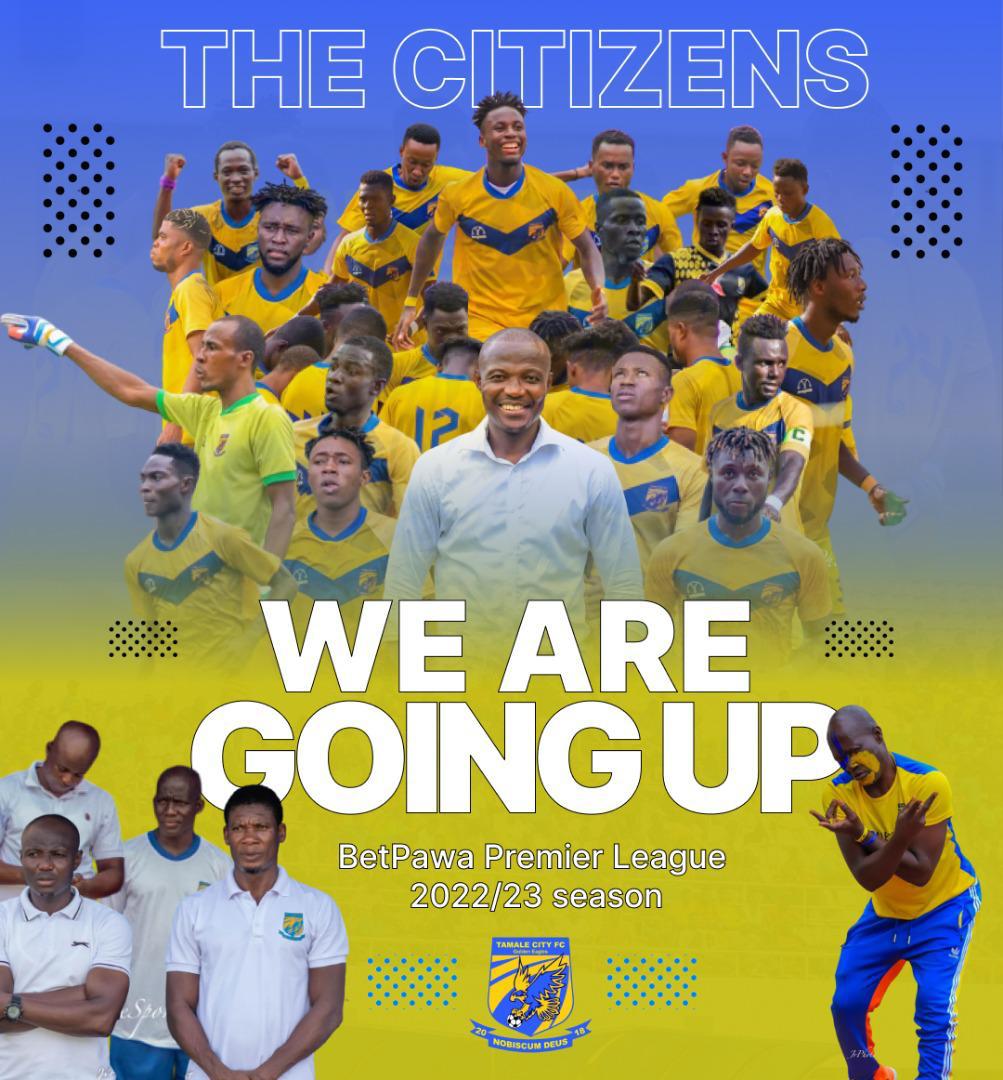 Nsoatreman qualified ahead of the citizens following their 2-1 win over the Tamale based club in a play off match organized by the GFA.

Their destiny seemed to have delayed further until another opportunity was presented to them to replace AshantiGold FC.

Tamale City won against Liberty Professionals and secured a 1-1 draw against Dwarfs to gain
promotion to the Betpawa Premier League for the first time in their history.

A week after gaining promotion to the Betpawa Premier League, Tamale City FC became the latest Club to be verified on Twitter.

The team is currently managed by Coach Hamza Mohammed, a former national team player across all categories.