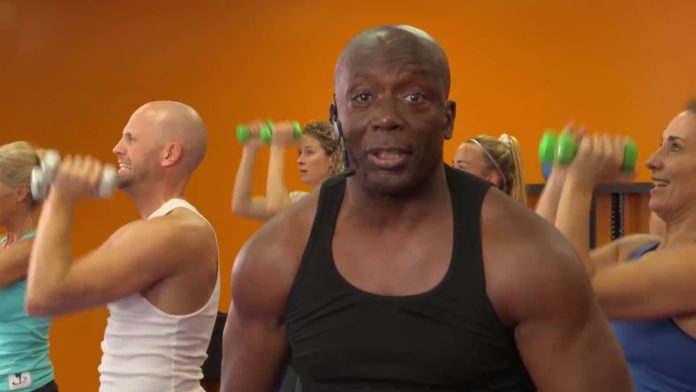 Former WBO super bantamweight champion Isaac Dogboe has hired the services of legendary fitness guru and martial artist Billy Blanks to help condition him and maintain the best level of his fitness as he looks to return to the ring in November with new technical handlers in charge. Dogboe, who made an unsuccessful attempt to reclaim his world title from Emanuel Navarrete at the Tucson Convention Centre in Arizona, has relocated to the United State where he is working his way back to the top with former world champion James ‘Lights Out’ Toney taking over from Paul Dogboe as the young boxer’s lead trainer.

Dogboe, 24, has been signed to a management contract with Journeyman Management to prepare him to become a world champion once again. Until his last defeat to Navarrete via a 12th round Technical Knockout (TKO), Dogboe was trained by his father who also played the role of his conditioner and nutritionist.

However, the back-to-back defeats to Navarrete forced Paul Dogboe to step aside and get more experienced handlers to take charge of the youngster’s training and corner during fights, starting with his next bout against Briton Carl Frampton on November 30. Last month he joined legendary American trainer, Freddie Roach, at his Wild Card Boxing Gym in Los Angeles for a week’s training session before uniting with Toney as his new trainer.

James Toney is the new trainer of Isaac Dogboe

In announcing his new trainer, Dogboe said he looked forward to improving under the guidance of 50-year-old Toney, a multiple world champion in three weight divisions during his heyday. The addition to his team of 64-year-old Blanks, who is widely known for inventing Tae Bo, a total body fitness system that incorporates martial arts techniques such as kicks and punches, is to ensure that the boxer is in optimal physical conditioning ahead of fights.

In a YouTube video posted by his camp, the boxer can be seen listening attentively to the instructions of Bill Blanks who kept encouraging him and instructing him as to what to do.

FIFA: There would be strict controls on the use of $1.5M COVID-19 Emergency Fund...

Former Sports Minister, E.T Mensah blackmailed me to sign for Hearts of Oak –...