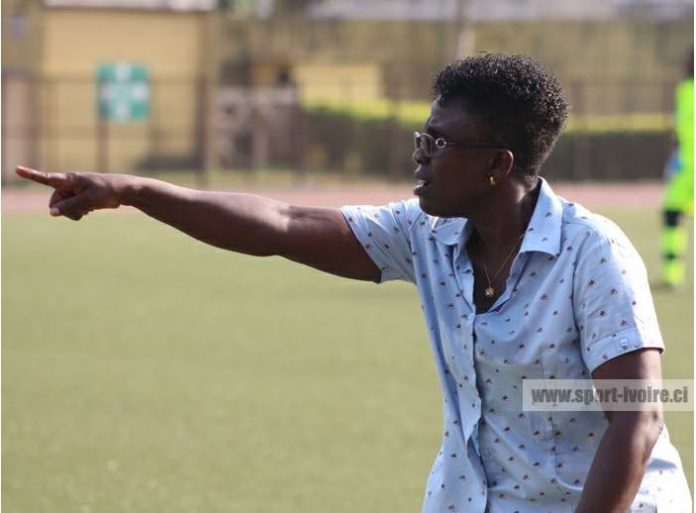 Ghana’s Black Queens coach, Mercy Tagoe-Quarcoo, has set a target of retaining the West African Football Union (WAFU) Zone B title at this year’s tournament by her side as they prepare to defend the title they won last year.

Mercy is aiming to lead the team to another successful campaign at the same venue of last year’s triumph as the competition kicks off in Abidjan, Cote d’Ivoire, on May 8 with Ghana playing against Nigeria, Mali and Guinea in Group B

While she admits that retaining the title will be a challenging task, the Queens coach nonetheless believes her team are capable of achieving their target.

“As champions, we cannot go and expect anything less than or lower than what we achieved last year. We went there without being given a dog’s chance but we won it and I believe we can work hard to retain that title,” the Ghana coach told the Graphic Sports yesterday.

“We are aiming to reach the stars and will work hard and fight to achieve that. We know the journey will be rough and difficult but we are determined to succeed.”

She described the WAFU tournament as a mini Women’s Africa Cup of Nations (Women’s AFCON), and for the Black Queens, it represented an opportunity to make up for their disappointing performance at the Women’s AFCON in Ghana last year.

While not underrating any of the seven teams set to line up for the tournament, Mercy said her focus would be to first secure qualification from Group B before thinking about their semi-final opponents. Hosts Cote d’Ivoire, who were losing finalists in the maiden edition, are pooled in Group A alongside Niger, Senegal and Benin Republic for the second edition of the tournament.

“As part of our daily discussions, I have asked the girls not to be complacent as it won’t be easy right from the group stages. Mali are in there as well as Nigeria. To be able to defend the title, we will have to qualify from the group stages and we must prepare well for that.”

Last week, the coach pruned her 30-man squad to 25 and is expected to name the final team of 21 players by Thursday before they depart for the tournament the following day. However, with goalkeepers Nana Ama Asantewaa and Patricia Mantey out of the squad, Graphic Sports projects that Fafali Dumehasi, who was a reserve keeper at last year’s tournament, looks set to gain the No.1 spot.

The technical team is also likely to keep faith with the players who featured in last tournament such as Gladys Amofobea, Ellen Coleman, Janet Egyir, Juliet Acheampong, Grace Asantewaa, Alice Kusi, Jane Ayieyam, Mavis Owusu and Rita Okyere, all of whom were in Abidjan last year.

The remaining 10 players to complete the squad are expected to be selected based on the basis of form and performance in the past six months, with players such as Mukarama Abdulai, the world’s third best player at the 2018 Under-17 Women’s World Cup, Grace Anima, Elizabeth Owusuaa, Evelyn Badu, Justice Tweneboa, Diana Wiege, Blessing Agbomadzi and Anaesthesia Achiaa are all in line to make it to the WAFU tourney.

Thibaut Courtois: It’s clear now who is Real Madrid No1