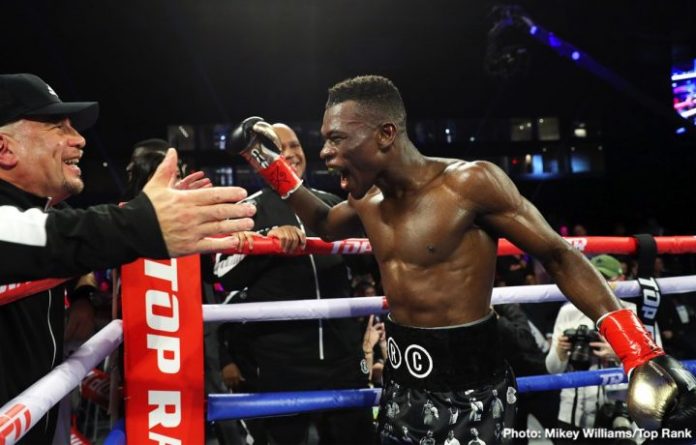 In what was his second shot at this same title after losing back in 2016 against Robert Easter Jnr, Commey started in very positive fashion, attacking the Russian from the off with a series of combination shots early in the first round.

Commey then floored Chaniev late in the first round with a right hook into the side of the head, but the Russian managed to beat the count and was saved by the bell as the round came to an end.

Commey continued his dominance in the second, and floored Chaniev again just 10 seconds into the 2nd round, with a powerful left hook.

The Russian beat the count, but it was clear he was barely hanging on, and Commey applied the finishing blow with a hard left hook to send Chaniev tumbling down for the third time and the referee ended the fight just 40 seconds into the second round.

Commey now becomes Ghana’s 9th world champion, and will have a chance to unify the division on a April 12 against Vasyl Lomachenko.

JUST IN: Firpo out of Inter clash