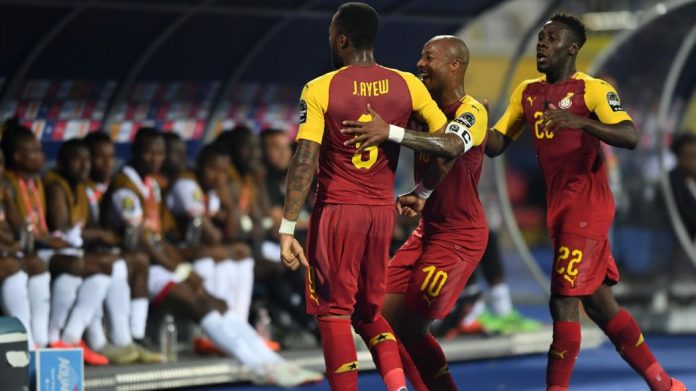 Andre and Jordan Ayew made history on Tuesday after scoring in the same match at a third Africa Cup of Nations.

The Ghana duo also collected their 132nd cap between them, but there are a few African siblings with more international games to their names. Here are the most capped African brothers in history.

Egyptians Ibrahim and Hossam Hassan are the most capped brothers in football history. According to Transfermarkt, the two siblings made 303 appearances between them for the Pharaohs – Ibrahim represented Egypt 125 times, while Hossam wore his national team shirt on 178 occasions.

Next in line are the Ivory Coast’s Yaya and Kolo Toure, who have represented their country 215 times. They are followed by Zambian siblings Christopher and Felix Katongo. Former Jomo Cosmos, Golden Arrows and Bidvest Wits striker Christopher made 89 appearances for his national team, while his brother Felix, who also had a brief spell with Jomo Cosmos, featured in 76 games.

Jordan and Andre Ayew find themselves in fifth spot in the ranking of the most capped African brothers after making their 52nd and 80th appearances for Ghana on Tuesday. Both found the back of the net in the 2-2 draw with Benin – it was also the third Afcon match they had both scored in, an impressive record.

Andre Ayew also became the most prolific active goalscorer in Afcon history, scoring his ninth goal at the continental showpiece and going one clear of his teammate Asamoah Gyan, who was an unused substitute on Tuesday.

See also  Ghana coach C.K Akonnor explains why he called-up some players and others left out

However, he remains just one goal shy of Africa’s top 10 goalscorers in Afcon history.

AFCON 2019: The Ayew brothers on target as Ghana draw with Benin

Gossip/Transfers Sports24online - September 13, 2020 0
He said in January: "What Liverpool do in this moment is amazing. "They're like a machine, they've found a rhythm and are like 'we play again, we play again'. "When you watch you think everything's easy, but that's not easy. "The guys are focused, they play games every three days and they win, they win, they win. To be as ruthless as they have been would come from lots of hard work in training and from having a very good manager."

Qatar 2022 WCQ: Ghana face Nigeria for a place in Qatar