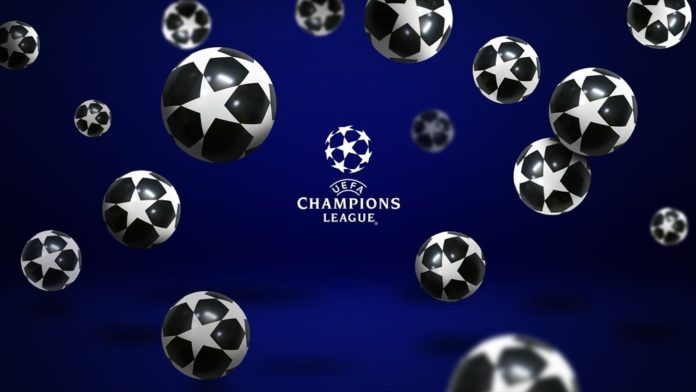 Holders Liverpool will face Napoli, Salzburg and Genk in the Champions League group stage this season.

Chelsea must negotiate a group including 2019 semi-finalists Ajax, Valencia and Lille.

European heavyweights Paris St-Germain and Real Madrid were drawn together in Group A while former winners Barcelona, Borussia Dortmund and Inter Milan will all meet in Group F.

This year’s group stage begins on Tuesday, 17 September while the final is on Saturday, 30 May at the Ataturk Stadium in Istanbul.

Liverpool met Napoli in the group stage of last year’s competition, winning at home and losing the away tie in Italy, before going on to win the tournament for a sixth time.

“Napoli are obviously a very experienced side and their coach Carlo Ancelotti has won the competition,” said manager Jurgen Klopp.

“I will need now to have another, closer look at Genk and Salzburg, but I already know they are very young, very exciting and very fresh, so it will be interesting, 100%.”

It will be the third year in a row Manchester City, who lost in the quarter-final to Spurs last season, will face Shakhtar in the group stage.

“Zagreb and Atalanta are new opponents for us, but both teams play really good football and I think you will see some great games in this group,” City director of football Txiki Begiristain said.

Tottenham reached the European Cup final for the first time last season and forward Son Heung-min said they must “remember and learn from” the campaign.

“Bayern will be special because they are one of the biggest teams in Europe, you’re always excited to play in this competition against these teams,” the South Korea international added.

See also  Sadio Mane: 'We all love and fear Klopp like a father'

Analysis – Chelsea in the group of death

German football expert Raphael Honigstein on BBC Radio 5 Live: “The English teams have somehow managed to avoid the big three Spanish teams – Barcelona, Real Madrid and Atletico Madrid. That is another reason why the groups look favourable for the English teams.

“Group B brings back memories because Bayern and Spurs have not met since the early 1980s, while they met Red Star Belgrade in 1991, when they reached the final.

“Uefa are threatening to kick Man City out of the group stages next year, but it feels like they have been given a bye this time.

“It could not have gone much better for City which is bad news for Liverpool because they were hoping with City’s obsession with the Champions League they may take their eye off the Premier League. That will not happen until February now.”

Italian football expert Mina Rzouki: “Napoli are a side that are reinforced with Carlo Ancelotti taking charge in his second season. They were scary last year, were so impressive but missed out in group to Liverpool and Paris St-Germain last year.

“Liverpool will take control of the group, allowing Napoli to go through. They are going to be faster with Hirving Lozano coming in, the formation has changed so it looks like it is all coming together and the match-up between the two will be very interesting.”

“Group H with Chelsea, Ajax and Valencia is all about youth. We will see which young kids will rise from it and this is the toughest group for any English team.

Spanish football expert Guillem Balague: “I predict the semi-finalists will be Manchester City, Liverpool, Tottenham and Barcelona will be there. It is City’s time under Pep Guardiola.

“Generally, the English sides have had an easy ride in the group stage draw apart from Chelsea who look like they are in the group of death.”