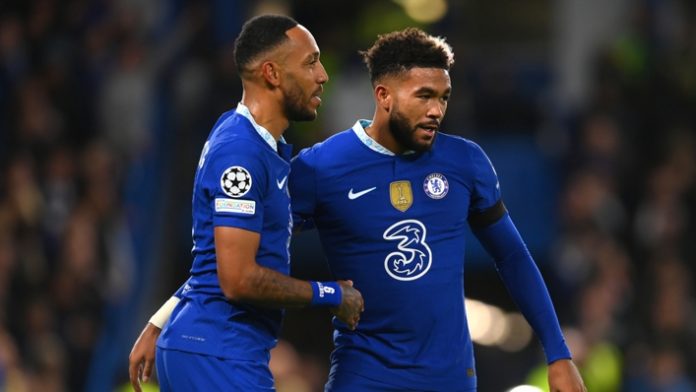 Graham Potter’s side had picked up just one point from their opening two games against Salzburg and Dinamo Zagreb, but victory at Stamford Bridge against the Serie A champions has revived their bid to reach the knockout stages.

Fofana scored his first goal for the club since joining from Leicester City in September after 24 minutes, slotting home after a goalmouth scramble.

Aubameyang and James, who set up the former’s strike, made sure of the three points in the second half as Chelsea made it back-to-back wins following the weekend triumph over Crystal Palace in the Premier League.

Ciprian Tatarusanu kept out Mason Mount’s whipped effort from outside the penalty area after four minutes, while the Milan goalkeeper pawed over Thiago Silva’s header midway through the first half.

Tatarusanu denied Silva again soon after, yet the rebound made its way into the path of Fofana, who stroked home to put the Blues ahead.

Mount saw an effort ruled out for offside as Chelsea continued to dominate, although only a smart stop from Kepa Arrizabalaga prevented Rade Krunic from pulling Milan level on the stroke of half-time.

James wrapped up the scoring five minutes later, the England international slamming into the roof of Tatarusanu’s net after being played in by Raheem Sterling.

Failure to secure three points here would have severely damaged Chelsea’s hopes of reaching the last 16, yet a superb display – and result – saw them leapfrog Milan into second in the group, just a point behind Salzburg.

Milan, who had only one shot on target, were well off the pace and have now won just one of their 21 away European matches in England.

James was at the heart of everything good about Chelsea and at the age of 22 years and 301 days, he became the youngest Chelsea player to both score and assist a goal in the same Champions League game.

It was a game of mixed emotions for Fofana. The 21-year-old opened his account for his new club with a close-range finish, but his participation ended just 14 minutes later when he hobbled off after appearing to hurt his knee in a clash with Rafael Leao.

Both sides are in domestic action on Saturday ahead of next week’s return fixture, with Chelsea at home to Wolves and Milan welcome Juventus to San Siro.