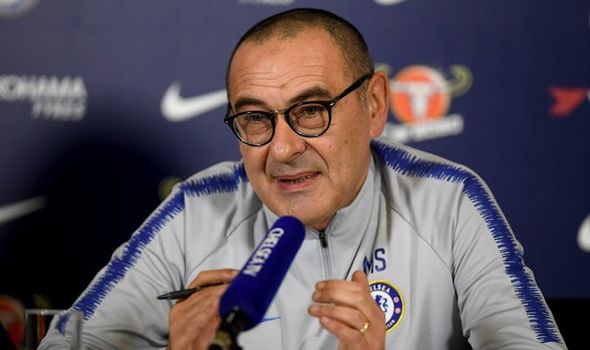 Chelsea manager Maurizio Sarri refused to travel on the team bus following his side’s 4-0 loss at Bournemouth on Wednesday.

His job is safe for now, but the club’s chiefs want to see a ‘plan B’ when his ‘Sarri-ball’ tactics do not work.

Sarri asked the Blues players if he was the cause of their poor recent away form during a lengthy team meeting following the defeat by the Cherries.

Chelsea forward Eden Hazard was singled out for criticism during the meeting, with Sarri accusing the 28-year-old Belgium international of failing to follow instructions.