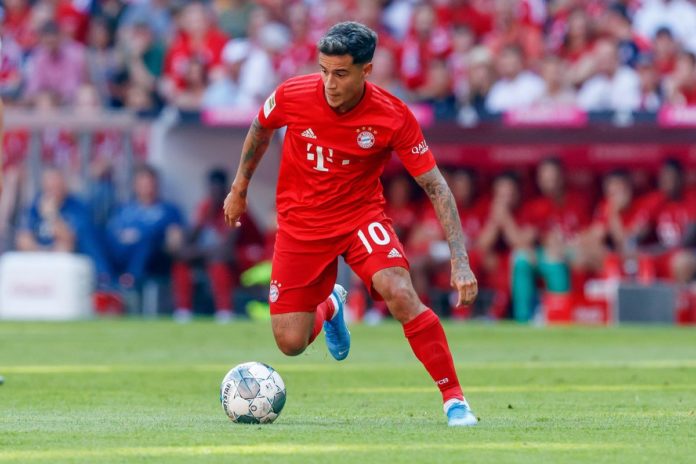 On Saturday, Philippe Coutinho scored a goal and provided an assist in the Bundesliga game against Paderborn. Following the game, Bayern Munich‘s coach Niko Kovac has discussed the midfielder’s performance focusing on how the Brazilian has improved his team:

“The way he takes on the ball – his movement and short passes, coupled with his footballing intelligence – he gives us another dimension.”

Thanks to Coutinho, Bayern are now top of the league with 14 points. With five teams right behind them at 13 points, Coutinho admits that the Bavarians would have to work hard to stay there:

“As I’ve always said, it’s a top league,” Coutinho told bundesliga.com in the post-match interview on Saturday. “The Bundesliga always has intense games and anything can happen.

“We’re happy that we won the game and that we’re in first place. We need to keep working hard to keep this position.”

As per WhoScored, the Brazlian’s stat record ranks him first among all players involved in the Paderborn game. Let’s take a look at these numbers.In total, the 27-year-old has already registered two goals and two assists in six games this season. Coutinho has joined the Bundesliga outlet on a one-year loan. Bayern have the option to make the move permanent for €120m next summer.

See also  Clubs to pay GHC 60,000 per game for usage of stadia if football returns behind closed-doors - NSA

Coronavirus: Uefa update due on Tuesday on plans to finish season

South Africa: Chippa United appoint Luc Eymael as coach and SACK him after 24...