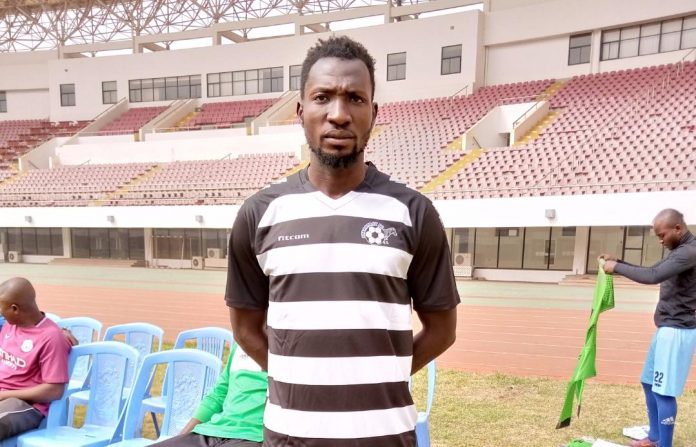 The versatile defensive midfielder of Steadfast FC, Adam Ibrahim has rendered an unqualified apology to his team mates, Management and supporters of the club for the error that he committed leading to the team losing two vital points in their match against Real Tamale United on Wednesday, 5th February, 2020.

Steadfast FC took the lead in the first half when Nurudeen Jibril calmly slotted the ball into the net from a rebound on the 43rd minute. Abdul Fatawu also converted a spot kick in the early minutes of the second half when he was brought down in the penalty area on the 64th minute to make it 2 – 0.

Real Tamale United came from behind to equalize, from which many supporters believed was as a result of defensive errors of which Adam Ibrahim was part of the blame.

Speaking on “Suhupielli Sports” on Saturday, Adam Ibrahim explained his action that led to the second equalizer. He indicated it was not intentional and pleaded with the management and supporters to forgive him.

“I am deeply sorry for letting my team down and I ask for forgiveness from anyone who was hurt by my action” Ibrahim stated. He also promise not to repeat his actions again.

Steadfast FC traveled to Sunyani without him but he hopes to be back into the team on Saturday, 15th February, 2020 when they take on Brekum Arsenal.

Schlupp: “All in all, it has been a good season for us”

Lawyer: Chelsea will have to loan Ziyech back to Ajax