Gbewaa FC caretaker coach, Mohammed Nurudeen Sham-Una said his side showed the personality of a “huge club” as they came from two goals down to earn a point against visiting Mighty Royals at the Aliu Mahama Sports Stadium on Saturday.

Sulemana Abdul Latif scored a close-range effort from Ibrahim Lukman – who had scored moments after coming on as a substitute, in the 5th minute of added time to deny the visitors a second consecutive win in the Division one League.

WATCH interview with Coaches of both teams below:

Mighty Royals took a deserved lead when James Asare Kwadwo coolly slotted in a penalty in the 38th minute after a foul by Umar Alhassan and the visitors soon Had their second when right after the second half, when Amose Opoku Annor latched onto a throw-in and beautifully floating the ball over goalkeeper Mutawakil Abubakari on the 48th minute.

The comeback however began when substitute Ibrahim Lukman found himself in the box of Mighty Royals unmarked after a scramble for the ball to score what proved to be the decisive moment for the home side. 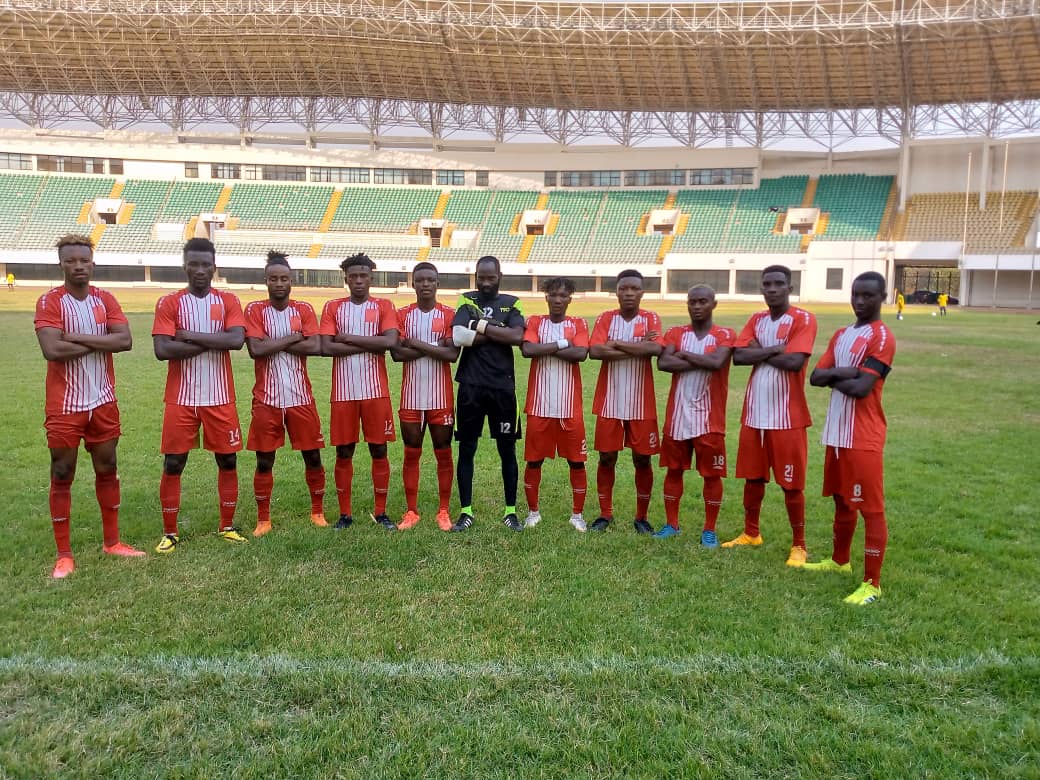 The comeback was completed when Lukman turned provider this time to set up Abdul Latif for Gbewaa’s second in stoppage time.

“We gave them lots of problems and, looking at it, we had some real authority in the game,” coach Sham-Una.

“It was the very least we deserved. We showed real quality and showed we can compete at the level against a team who have more experience in this competition than us” he continued.

The result at the Aliu Mahama Stadium was the second consecutive draw for Gbewaa FC after another late equalizer last week against WA Suntaa FC. Mighty Royals however had their 100% start to the season ended after opening their account with a win against Steadfast.