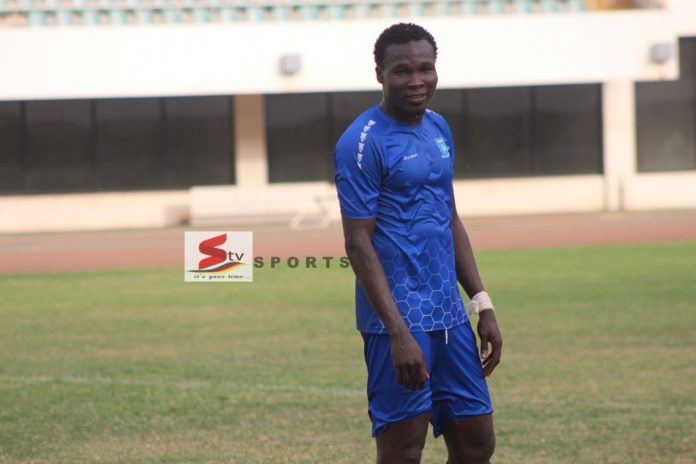 Real Tamale United midfielder, Mohammed Sadat believes his side can still achieve their premier League ambitions this season despite a poor start that sees them 12 points off the top place on the Zone One League Table.

Coach Shaibu Ibrahim Tanko’s side have won just two of their first 11 games and fell to a fourth defeat of the campaign at Kintampo on Sunday.

Sadat, who scored the winning goal in their dramatic come back victory over Nsoatrman Fc, was adjudged best player of that game concedes it will be tough to make the points up but has not given up.

‘It’s going to be tough to get into the top and qualify to the premier league but it’s nowhere near impossible,’ he told Sey Mubarick.

‘We don’t need to focus on any other teams, we play our best football when we focus on ourselves and us improving.

“I,m honoured to have won the man of the match but it should have reflected on the results. We have to go back to the drawing board and see what went wrong and hopefully we can recover on Wednesday against Young Apostles.

The Pride of The North will take on Young Apostles on Wednesday before a black buster showdown with city rival Tamale City on Sunday at the Aliu Mahama Stadium and Sadat thinks a six points in those matches would be a huge boost for RTU.

It is a great joy for me to have my two sons at Bayern...