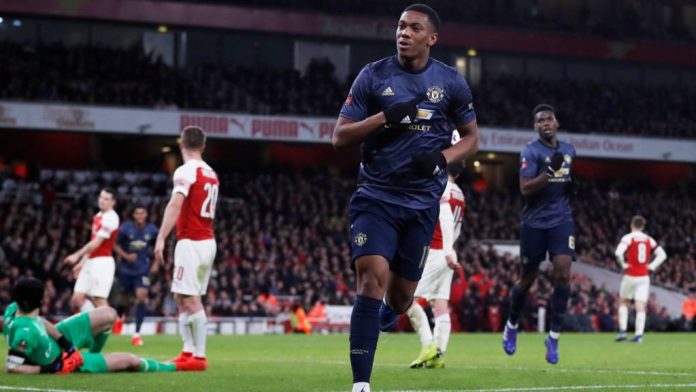 Quickfire first-half goals from Alexis Sanchez and Jesse Lingard set Manchester United on their way to a pulsating 3-1 FA Cup fourth-round win over Arsenal at the Emirates on Friday night.

Pierre-Emerick Aubameyang pulled a goal back two minutes before the break from Aaron Ramsey’s pass but, despite plenty of possession in attacking areas, Arsenal failed to threaten enough. United sealed their path into round five late on when Paul Pogba’s shot was spilled and Anthony Martial netted with a powerful finish.

South Africa arrive in Egypt for U23 AFCON with 12 players