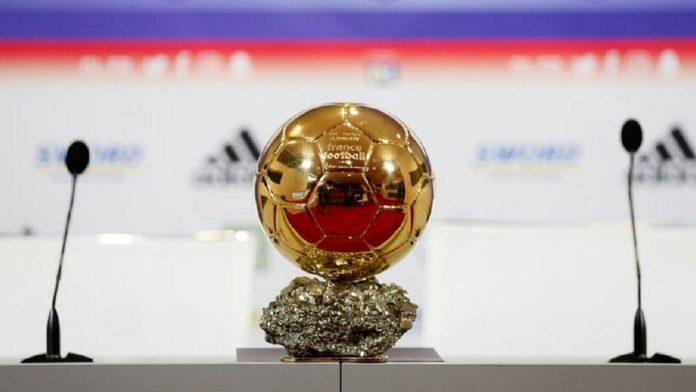 A YouTuber has used FIFA 20 to predict the winners of the Ballon d’Or for the next decade and a half — and received some interesting results from the experiment.

France Football’s coveted prize is awarded to the best player each year and Cristiano Ronaldo and Lionel Messi have scooped the Ballon d’Or the most times at a record-tying five.

But YouTuber TheMasterBucks, who did the same experiment in FIFA 19 to predict the winners over the decade, has put FIFA 20’s career mode to the test to see who wins the award from 2019 until 2033.

According to FIFA 20, Barcelona captain Messi will break the deadlock with his fierce rival and scoops a record-breaking sixth Ballon d’Or.

The 32-year-old Argentine superstar has done it again as he picks up back-to-back Ballon d’Ors.

The Argentina captain is pulling well ahead of Ronaldo as he collects his eighth Ballon d’Or.

Enter a new challenger. Paris Saint-Germain superstar Kylian Mbappe breaks Messi’s hold over the Ballon d’Or and wins the award at the age of 23.

That’s not to mention that his overall rating has climbed to a whopping 95 in FIFA 20.

The tide has officially turned as Mbappe wins back-to-back Ballon d’Ors. Is the Messi-Ronaldo dominance on the Ballon d’Or over?

French forward Mbappe is back and has now collected his third Ballon d’Or, putting him two behind Ronaldo.

Wow. Anyone see that coming?

Well, things are getting very interesting without Ronaldo and Messi. Ousmane Dembele has turned it up a notch and has picked up his first Ballon d’Or.

It’s taken some time, but Real Madrid winger Vinicius Jr has bagged his first Ballon d’Or at the age of 29.

Time for some context: Jonathan David is currently 19 and plays for Gent in Belgium.

But he has managed to move to Liverpool in FIFA 20, secure an 87 overall rating and take home the Ballon d’Or award.

Not too shabby, eh?

Six years have passed since he had his hands on the Ballon d’Or, but Mbappe is back and has picked up his fourth award.

And Mbappe has done it as he moves level with Ronaldo on five Ballon d’Ors each!

Vinicius Jr isn’t done with the Ballon d’Or and picks up the second of his career at the age of 33.

Ghana DOL Zone 1: RTU ‘on fire’ in training after derby...

Sports24online - March 25, 2021 0
Ahead of another local derby this Saturday, assistant coach, Kwajo Whyte says his RTU squad are "on fire" in training as they look to...

Chelsea boss Sarri stands by rant: This my character – I’m...