As the 2018/19 LaLiga Santander season reaches its halfway point, we look at five players primed to break out over the second half of the campaign.

Even the most optimistic of Real Madrid fans didn’t expect Brazilian starlet Vinicius Junior to take so quickly to life in LaLiga, and the 18-year-old looks set to continue his rapid progress through the second half of 2018/19.

After arriving directly from Brazil last summer, the plan was for Vinicius to settle gradually in Spain and play for Madrid’s Castilla youth side in the ‘Segunda B’ third tier. But a LaLiga debut came in late September, and on just his third senior appearance a thrillingly direct run and shot provoked an own goal from Valladolid defender Kiko Olivas which lead directly to three vital points for Madrid. 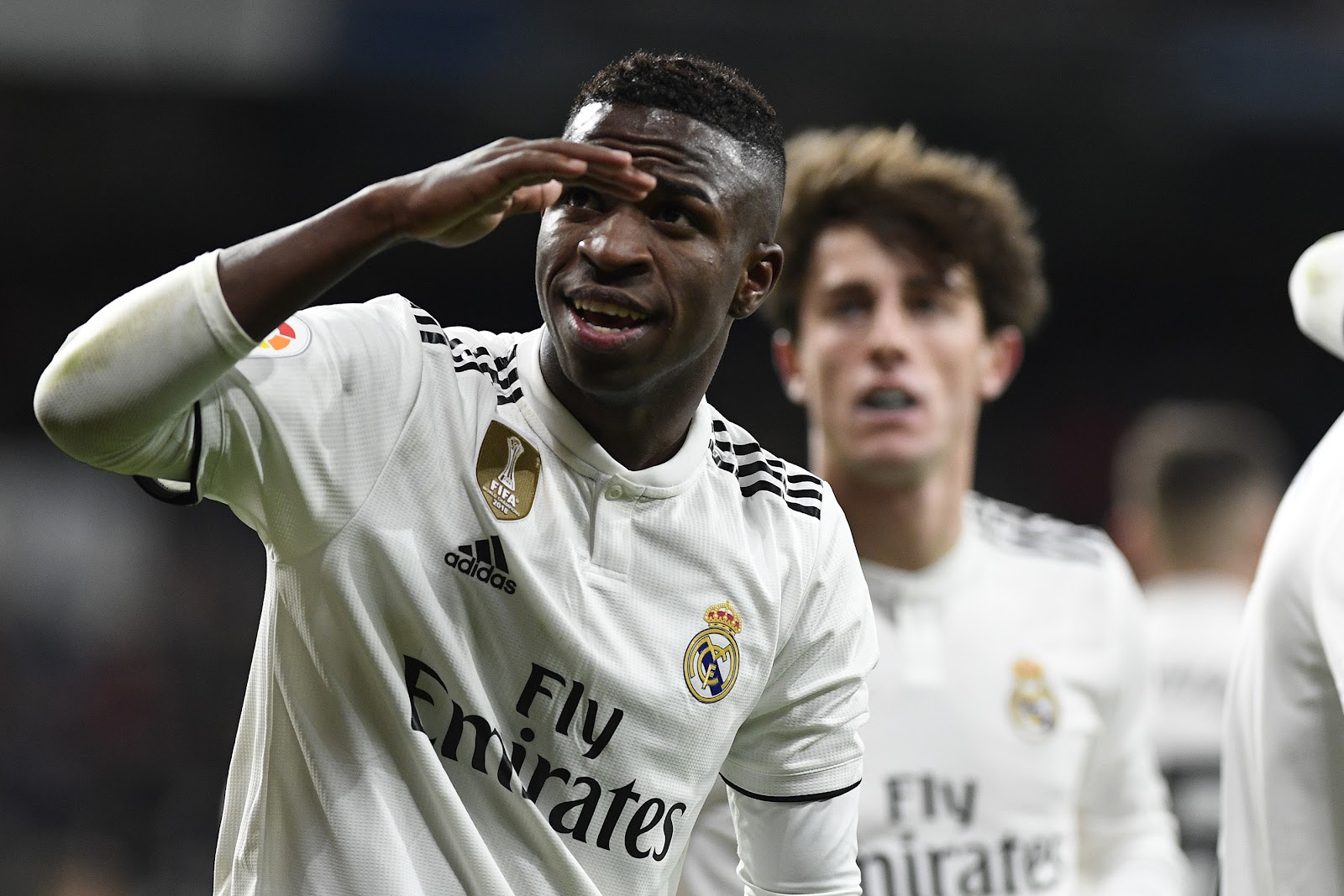 Now just a few months later, the former Flamengo player has become a firm favourite with fans and pundits alike at the Bernabeu, and Blancos coach Santi Solari clearly trusts the teenager to make a big impact whether starting games or from the bench. It’s always difficult for any new arrival to break into the starting XI given Real Madrid‘s star-studded squad, but the confident youngster has already shown he has the ability and personality to make a real impact at the highest level.

Athletic forward Iñaki Williams had a solid first half of the season in what has been a challenging campaign so far for the Basque club. But all five of his LaLiga goals in his first 18 games came away from home, with a ‘drought’ in front of his own team’s fans running up to 770 days.

Then, in mid-January’s game at home to Sevilla at San Mames, Williams stepped inside his marker Simon Kjaer to fire an unstoppable shot into the far top corner. Clearly liberated, he capped that later in the game by outpacing the entire visiting defence before calmly finishing past goalkeeper Tomas Vaclik. 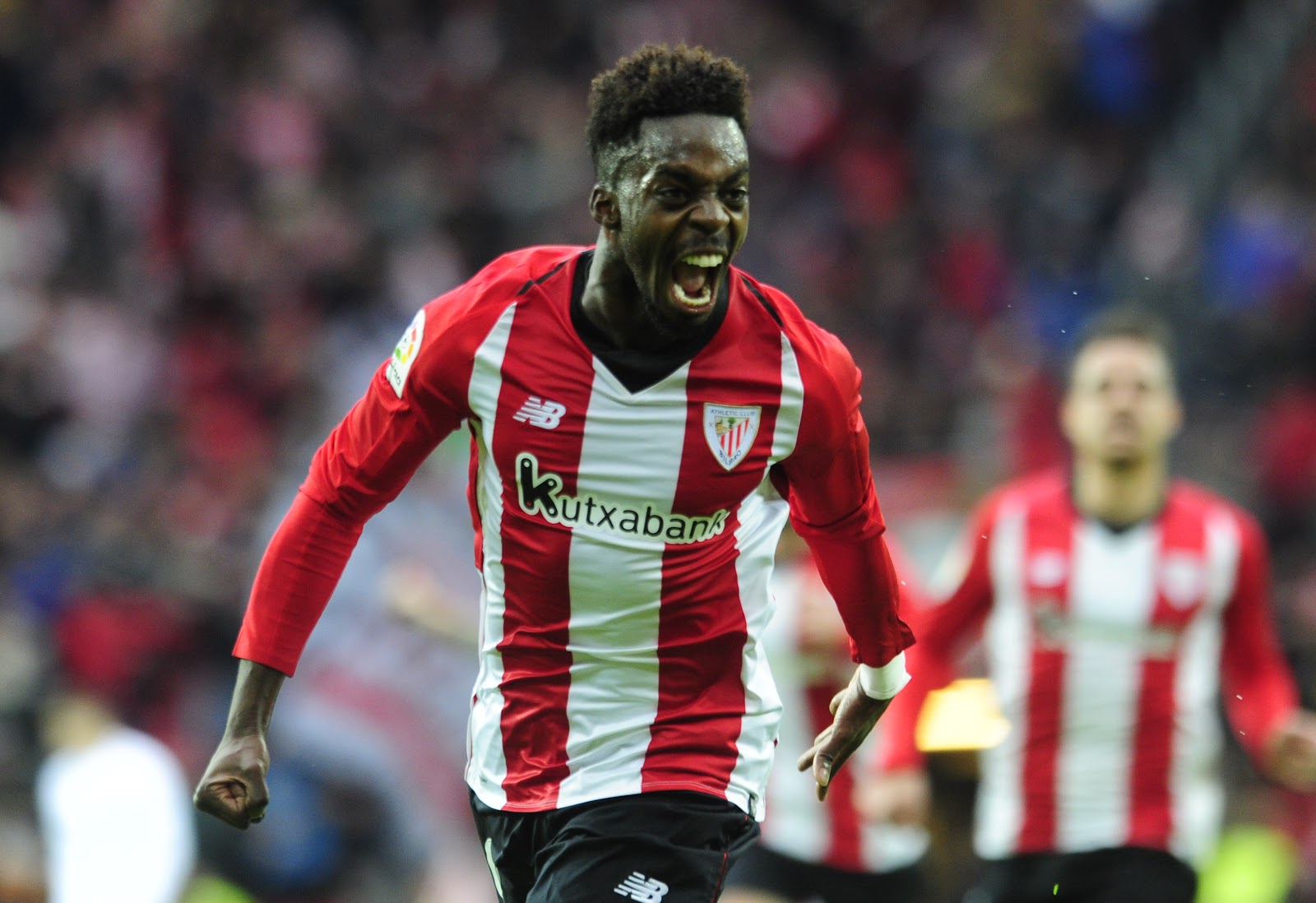 That should lift the pressure on the undoubtedly talented 24-year-old, who was born in Bilbao to a Ghanaian father and a Liberian mother. When he’s on form, Williams is one of the most unstoppable players in LaLiga Santander and is now likely to get plenty more goals – both home and away – over the remainder of the campaign.

Settling into a new league and a new country is never easy for any player, and it’s no surprise that Sevilla‘s summer 2018 signing Joris Gnagnon took a few months to find his feet with the Andalusian club.

Former Rennes defender Gnagnon made his LaLiga debut in September’s 0-2 defeat to Getafe but then found himself out of the first team picture in the main competition as coach Pablo Machin preferred other options in his three-man defence. 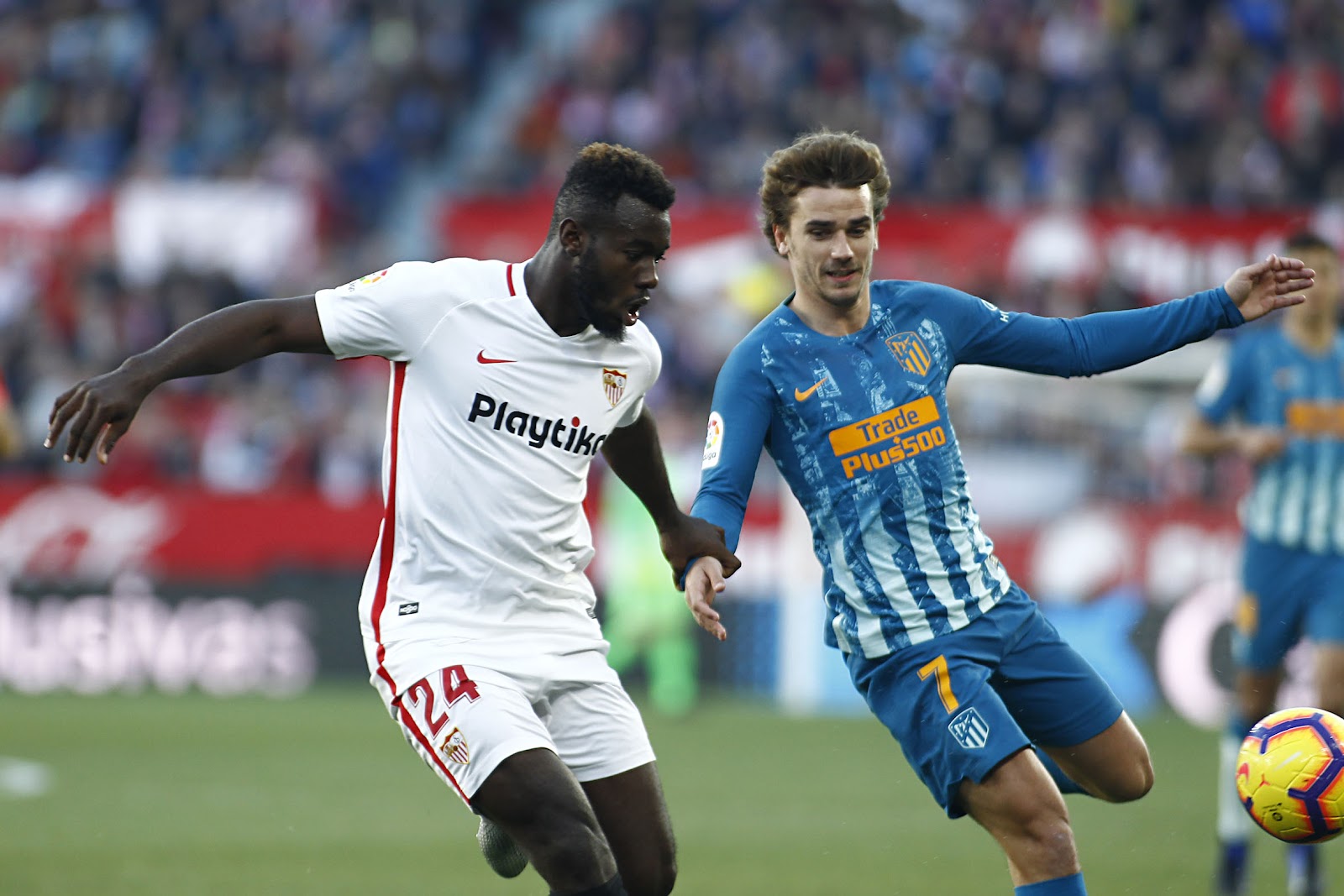 But at the turn of the year, Gnagnon returned to the team for their first fixture of 2019 and gave a masterful performance full of determination and athleticism in the 1-1 draw against Atletico de Madrid. Still just 22, he’s not yet the finished product but Sevilla look to have got themselves a potentially top-class defender for the second half of the season.

Only very close followers of Spanish or Nigerian football would have known much about young Villarreal winger Samuel Chukwueze before 2018/19 began. Now at the halfway point of the season, the 19-year-old is widely seen as one of the most exciting players in LaLiga Santander.

Chukwueze made his senior debut against Levante on 4th November 2018, then scored his first goal in the competition a week later with a fine solo effort versus Rayo Vallecano. Another winning goal soon followed against Real Betis, while an assist and all-round thrilling performance in Villarreal‘s 2-2 draw with Real Madrid in early January also drew many more new admirers. 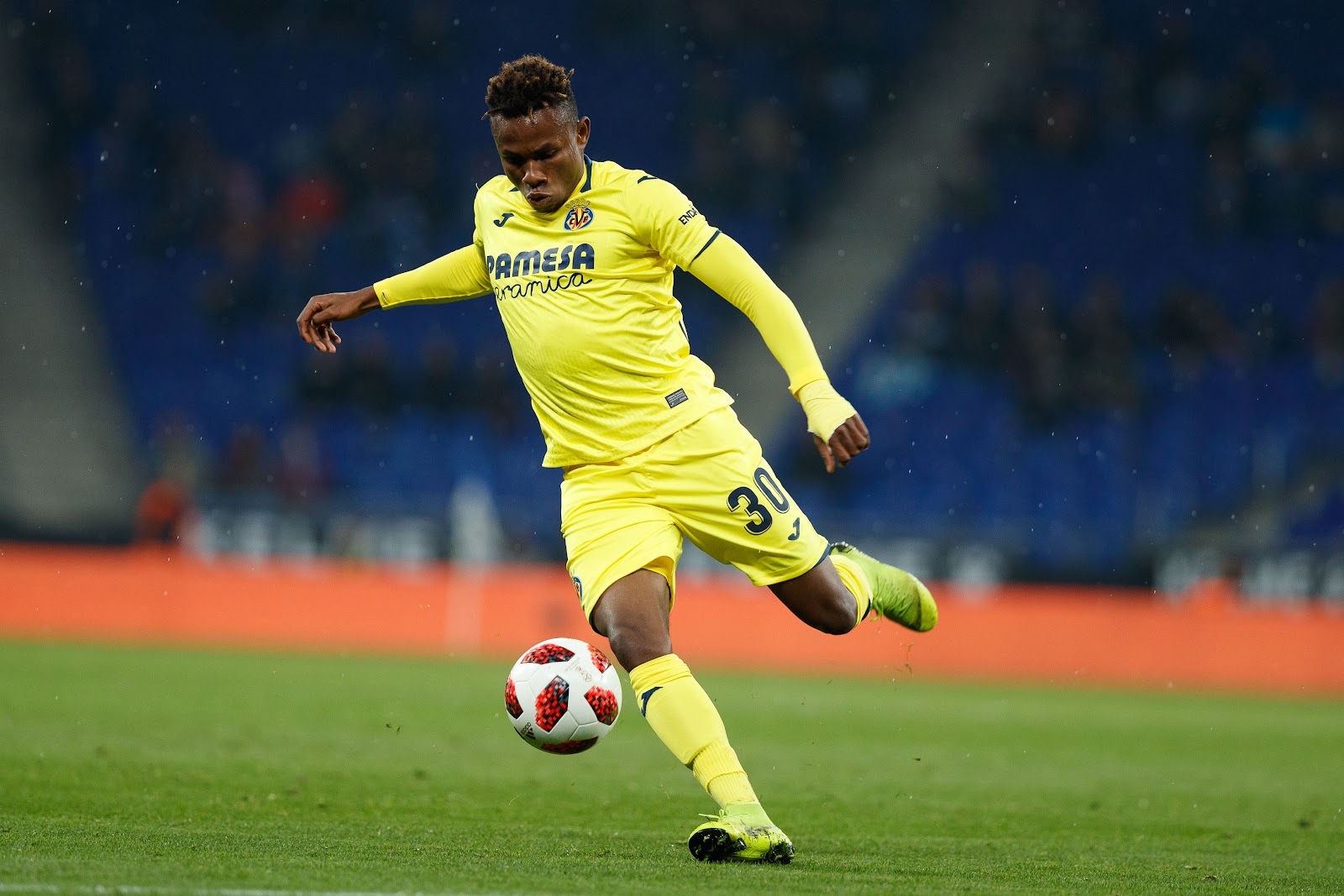 A fast, direct winger who likes to cut inside and shoot, Chukwueze already looks key to Villarreal‘s chances of rising up the table in the second half of the season.

Young Barcelona midfielder Carles Aleñá only made his LaLiga debut last November, but knowledgeable observers around the Camp Nou have long earmarked the locally-born playmaker as a future first team star.

A perceptive passer with a powerful shot, Alena scored 11 goals in 38 LaLiga 1l2l3 games with Barçelona B last season, having come to prominence globally when a solo goal against Roma in the UEFA Youth League was nominated for FIFA’s Puskas Award the previous year. 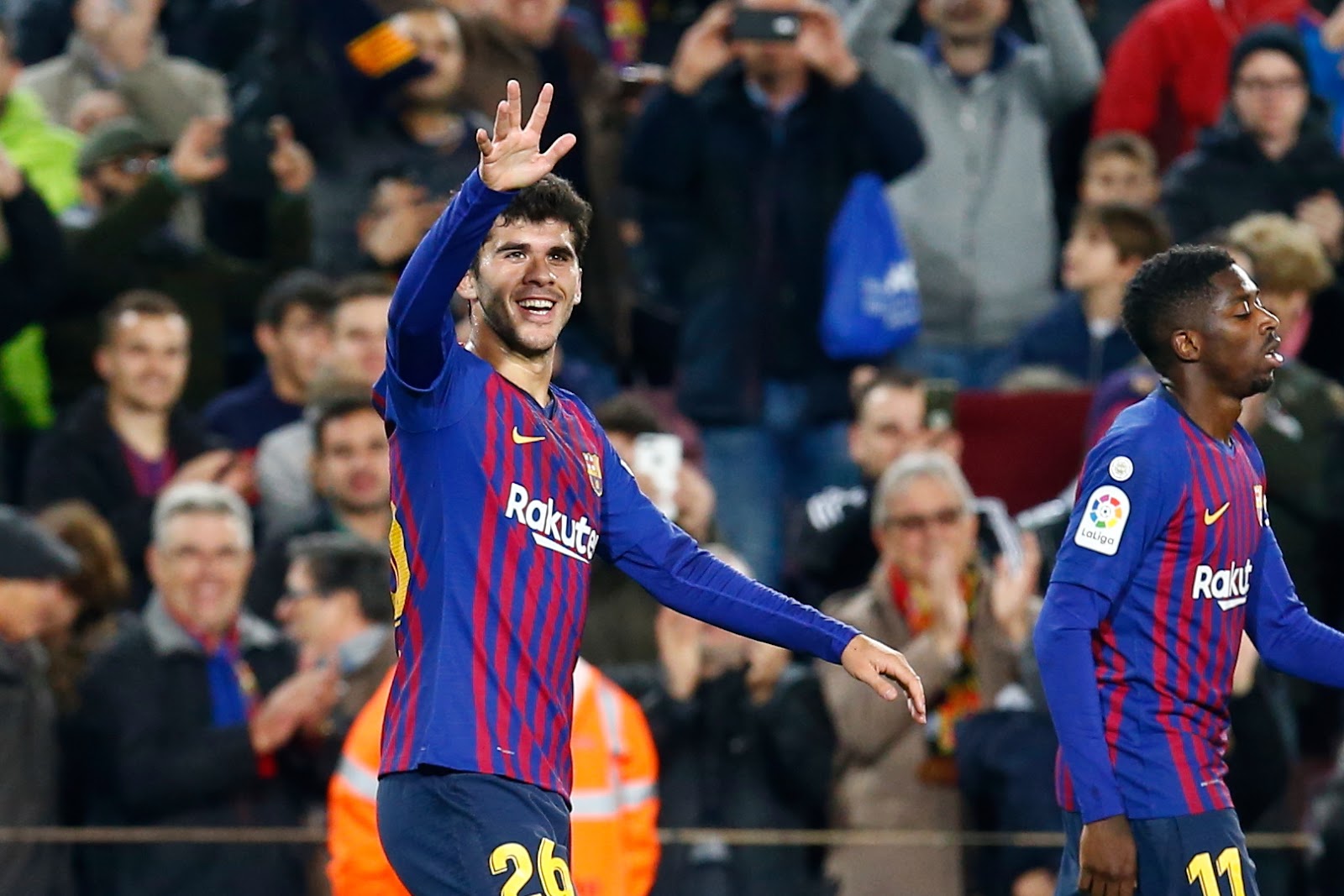 Although Barça coach Ernesto Valverde is carefully introducing the 21-year-old into his first team plans, the youngster appears to be quickly moving ahead of more experienced options within the squad. Blaugrana supporters should be excited about what comes next.

UNCOVERED: The amazing commercial impact of Messi at PSG ‘we’ve run out of shirts to sell!’