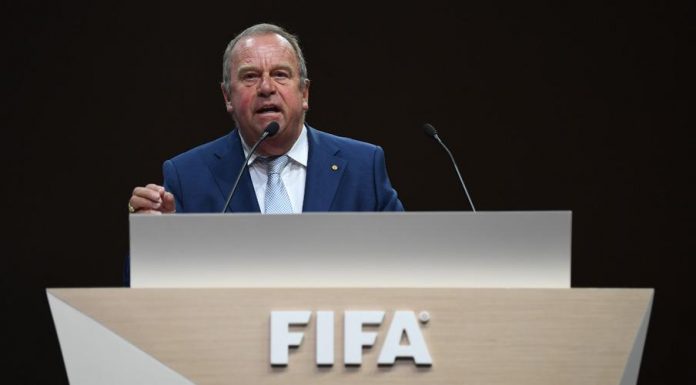 Fifa’s medical committee chairman Michel D’Hooghe has said football should not be played until at least the start of September to limit the spread of the new coronavirus and when it does resume that yellow cards be handed out for spitting.

“If there is one moment where absolute priority should be given to medical matters, then it is this one. This is not a matter of money but of life and death,” D’Hooghe told Sky Sports News in an interview on Tuesday.

“This is the most dramatic situation we have lived in since the Second World War. We should not underestimate it, we must be realistic,” he added regarding the pandemic which has forced the game’s suspension in almost all countries.

The comments of the veteran Belgian football administrator come as the Bundesliga moves towards a possible re-start next month, while the Premier League is hoping games could be played behind closed doors in June.

D’Hooghe said it was too early for players to be coming into contact with one another, at least while social distancing regulations are in place.

“The world is not ready for competitive football, I hope this can change very quickly and I sincerely hope that. Today you need more patience, added D’Hooghe, a doctor who was formerly a member of Fifa’s powerful executive committee.

“Football can only be possible if contact is possible again. Football remains a contact sport and contact is one of the first things everyone says that you should avoid.

“It’s still about social distancing. Testing is an important point but you have to repeat them (tests). If one of the players becomes positive, you have to put the whole group into quarantine. Is that a solution for a normal competition?” he asked.

“We do not know when it will reach its peak in different countries, it will be different in every country. The solution will only be there the day there is an adequate vaccination programme.”

D’Hooghe also said changes needed to be made to rules and regulations whenever football returns to allow referees to caution players who are seen to spit during matches.

“It’s a common practice in football but it’s not very hygienic,” he told the Daily Telegraph.