Football fans were left in shock after the news of murder of former South Africa football star Marc Batchelor on Monday outside his house by unknown gunmen.

In fact, Batchelor was driving his car on Monday evening, around 6 p.m. when he was shot multiple times and left dead on the scene.

Police spokesperson Lungelo Dlamini confirmed the news and claimed that the former striker was shot dead by two unknown men on motorbikes in Olivedale, Johannesburg.

“Police are investigating a murder case after a former soccer player, Marc Batchelor was attacked by two men driving a motorbike in Olivedale outside his house.”” the policeman said.

He added: ” “He was shot several times and died inside his vehicle. The suspects then drove away without taking anything, the motive is yet to be established, but we are investigating.”

Until now, no arrests have been made and the police are still investigating the crime and collecting evidence, however, there are eyewitnesses to the crime.

Photos shared on social media showed the car of the ex-footballer windscreen riddled with bullet holes (a total of seven shots).

Marc Batchelor had played for both South African league giants Orlando Pirates and Kaizer Chiefs,as well as the national team. 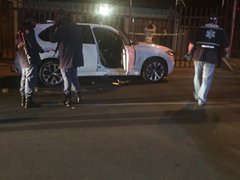 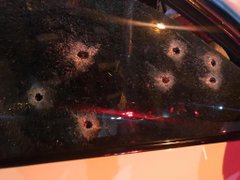 First photos in from the scene: A former Bafana Bafana player has been shot dead in Johannesburg.