The Ghana Football Association (GFA), on Friday, December 04, 2020 received a cheque of One Million Ghana cedis (GHc1,000,000) from the government of Ghana for onward distribution to Premier League Clubs.

According to Government, this is part of their support mechanism to the clubs to offset some of their expenses in the era of the COVID-19 pandemic.

The presentation of was done by officials of the Ministry of Youth and Sports led Mr. Harrison Sasu, Director of Finance and Administration. 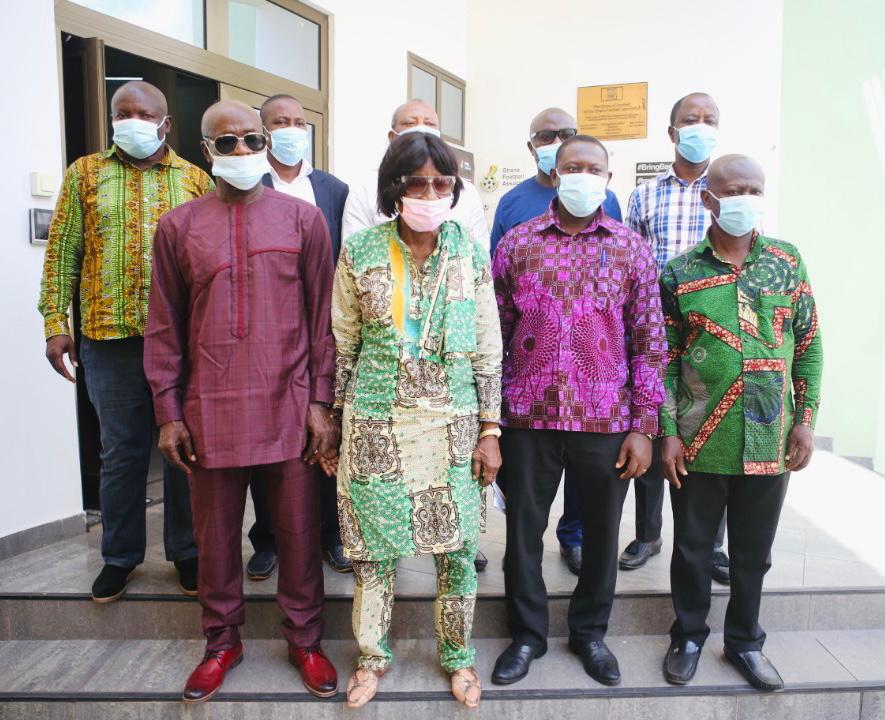 Others included Mr. Emmanuel Oteng, Chief Accountant, Mr. Ahmed Osman, Communications and Mr. Kenneth Annang, Public Relations Officer. Speaking on behalf of the Ministry and Government of Ghana, Mr. Ahmad Osman, said the donation is to support the clubs in this challenging period of COVID-19.

“His Excellency the President through the Ministry of Youth and Sports has heeded to the request of the GFA to assist our various clubs in the country with some financial support. Ahmed Osman said.

“You know there was a directive from the Ministry of Youth and Sports that all Premier League matches must be played behind closed doors. We are happy to observe that the clubs have adhered to the directive and the GFA through its President, General Secretary and other members had engagements with the Minister that, the Ministry should find a way of assisting the clubs to meet some of their expenditure.

“The engagement went on very fine and government this morning has accepted the request made by the GFA that some assistance should be given to the clubs. This includes the Division One, Women and our Reps who are also participating in Africa engagements. But this morning we are here to present a cheque of Nine hundred thousand Ghana Cedis as first tranche thus 50 percent of what we promised.

“We issued a statement assuring the clubs that the promise made by the government that everybody will be catered for will be fulfilled in due course.

“We are presenting this cheque to the GFA for onward transmission to the 18 clubs. The press release stated Nine Hundred Thousand but we have added Hundred Thousand cedis to it up to One million for other administrative cost inquired” Ahmed Osman added

President of the GFA, Kurt Edwin Simeon Okraku expressed his gratitude to the Government and the Ministry of Youth and Sports for their continued support to football in the country. 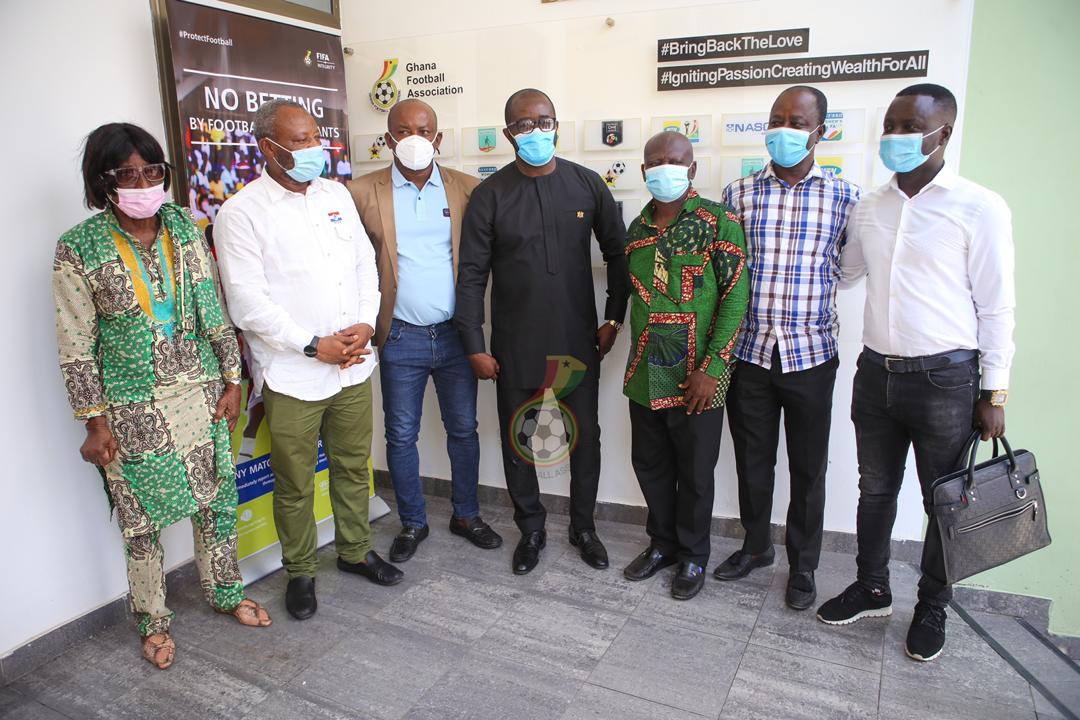 “On behalf of the entire football Industry, Executive Council, we want to express our sincere gratitude to the President of Ghana, Nana Addo Dankwa Akuffo Addo for this amazing gesture. President Simeon Okraku said.

“I think that it has come in time since we have been working on this for so long. We have had numerous meetings and finally, the President has delivered. This will go a long way in pushing our Premier League clubs especially during this challenging period of Covid and clubs being asked to play behind closed doors.

“It is dear to our heart and soul. It is important that we survive this period to be able to enjoy our football. We wish the entire country the best, vote peacefully, go home and enjoy football” he added. 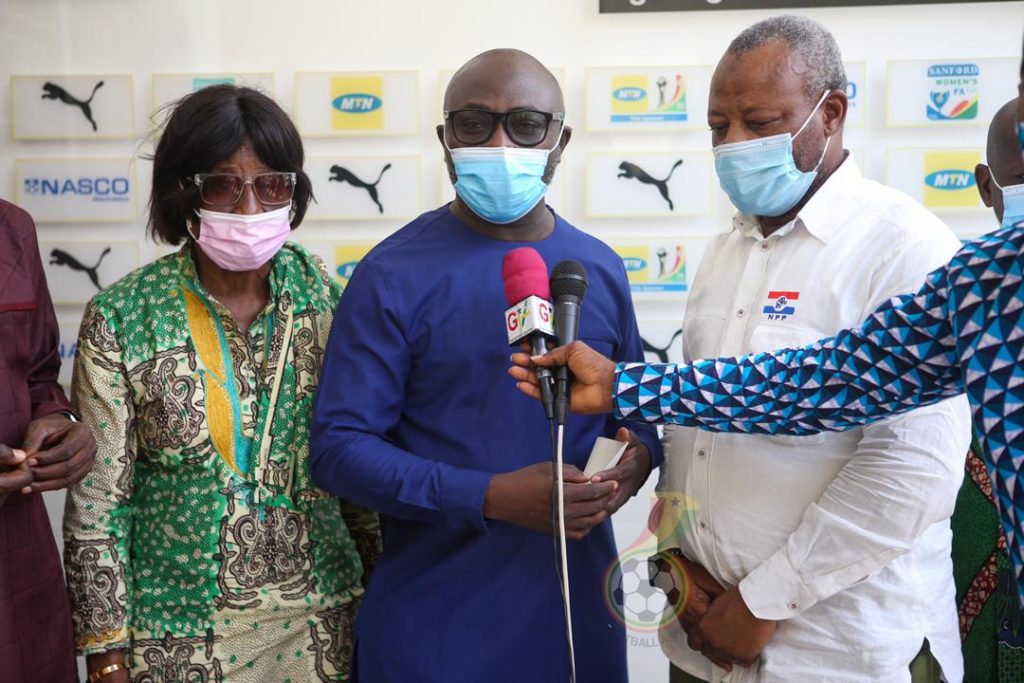 GFA General Secretary, Prosper Harrison Addo (ESQ), who received the cheque on behalf of the Association added his voice by showing appreciation to the Government.

“On behalf of the Executive Council and all the clubs who are beneficiaries of this gesture from government, I would like to express my sincerest appreciation to the government, the President of the land, our father, the Minister of Youth and Sports, Isaac Asiamah (Hon.), Staff of the Ministry, the Sports Authority for accepting to engage and listen to us and after listening to consider and quickly as possible come to our aid with this amount.

“This will indeed go a long way to help the clubs. The clubs are extremely happy about this gesture and would want to extend their appreciation to the father of the land” Prosper Harrison Addo added 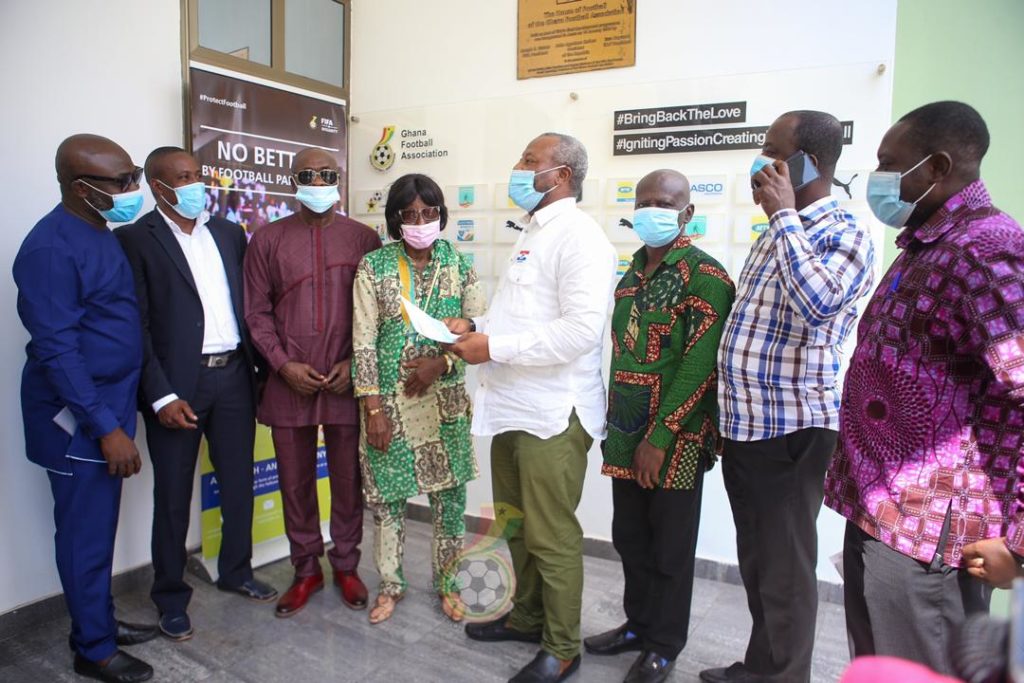 Each Premier League club is expected to receive an amount of Fifty Thousand Ghana cedis.

The best holding midfielders in the world, according to Casemiro

Mashud Didi: Let’s remain committed for the promotion and development of football and the...