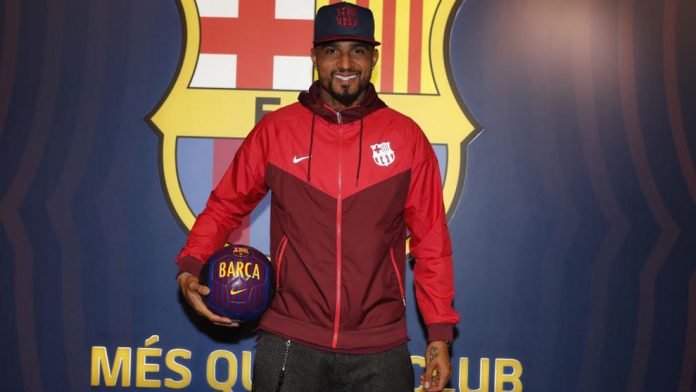 Ghana assistant coach Ibrahim Tanko says they are keeping an eye on Kevin-Prince Boateng amid calls for his return to the national team.

The Barcelona new signing has been out of national duties since copping an indefinite suspension for “verbally assaulting” coach James Kwesi Appiah during the 2014 Fifa World Cup in Brazil. He was expelled from the Black Stars camp alongside Sulley Muntari, who committed a separate offence.

The Ghana Football Association wants Boateng to apologise for the incident before a recall could be considered.

“I was with Cameroon [as their assistant coach] when the issue happened. I heard a lot about what happened.

“I heard they were asked to apologise. Sulley Muntari has since apologised but Kevin has refused to render his apology.

“If it is about quality, then I will admit we will need Kevin in the team. But this issue is beyond us.

“The management and the top hierarchy of the team have the final say. So we will keep monitoring him and see how things will unfold.”

Coach Appiah maintains he would consider Boateng should an apology come through.

Born to a German mother and a Ghanaian father in Berlin, the attacker switched international allegiance in 2010 in favour of the Black Stars after representing the European nation at youth level.

The former AC Milan star was a member of Ghana’s squads at the 2010 and 2014 Fifa World Cup tournaments.

He has 15 caps and two goals for the four-time African champions.

‘RTU at start of a new journey’, says CEO Alhaji Dawuda after signing a 3-year contract with Macron