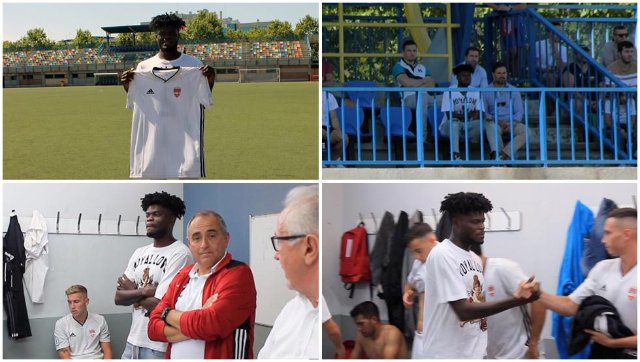 The Atletico Madrid star teamed up three of his advisers to seal the complete takeover of the club. The four partners bought the club in July and they all have an equal share in the club.

The acquisition of the team is the first business move by the 26-year-old, who is clearly planning for life after retirement.

“I have joined three of my advisers who are also my good friends for us to takeover Alcobendas Sport to make it one of the great clubs in Spain,” Partey told Ghanasoccernet.com.

“It is an ambitious project but we have put together our plans of making it a success through a gradual process of growing Alcobendas Sport from the ground-up.”

Alcobendas Sport, founded in 1995, currently plays in the Spanish fourth-tier league. They first reached the fourth division in 2006–07, finishing in the fourteenth position.

Changing its name to Soto Alcobendas Club de Fútbol in 2006, the team was again renamed the following year, to Alcobendas Sport, with the intention to cover the entire city.

They play their home games Polideportivo Luis Aragonés, which has a capacity of 3,000 spectators.

[VIDEO] Man City vs Chelsea: Sergio Aguero has just produced one of the worst Panenka penalties in history