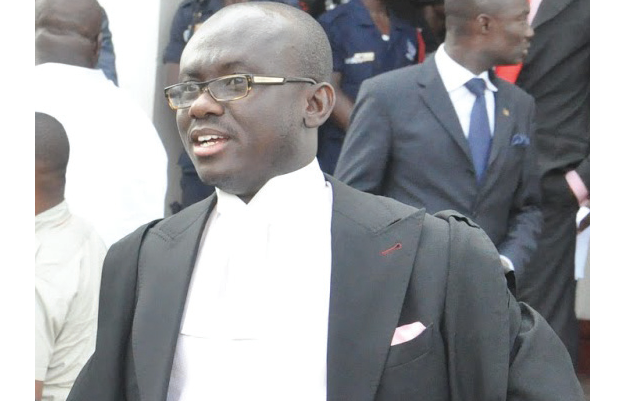 Ghana’s Deputy Attorney General, Godfred Dame, will be part of a new Fifa Task Force set to be announced in the coming days.

Joy Sports reported on Tuesday that the Normalization Committee, whose mandate expires in ten days, will be taken over by this task force. The key aim of this group will be to ensure that football administration is returned to a fully-functioning Football Association by September 30, following the inability of the Normalization Committee to complete its work by the March 31 deadline given.

Joy Sports understands that Fifa will have a heavier involvement in the group that will reform Ghana football for the next six months. There will be at least four members: two consultants from Fifa, a rep from the government of Ghana, and Dr. Kofi Amoah – who previously headed the Normalization Committee.

Another official will play the role of secretary to the group. There may be a representative from the Confederation of African Football, as well.

This will not be the first time the Deputy Attorney General will be involved in the process of normalizing Ghana football.

He was at the center of talks between government and football’s world governing body last year in the period following the airing of the explosive investigative piece by Anas Aremeyaw Anas. While many reputable names disagreed on the need for the government to dissolve the FA as a first step toward normalization, Mr Dame led efforts to the contrary. He has insisted – as he said on Joy FM’s NewsFile at the time – that “[the] government of Ghana has the right to enforce its national laws against criminal conduct and illegality.”

Indeed, he was among the delegation invited by Fifa in June 2018 for initial talks on the right course of collaboration following the documentary airing.

The road to recovery

The road leading to normalcy will begin this week, with the Fifa Task Force arriving in Ghana on Wednesday. On their agenda will be an assessment of the work of the Normalization Committee so far, football corruption in general, and the way forward.

It is also understood that the Task Force, who will make their displeasure at the pace of work so far known, are to ensure a clear road map to reforming Ghana football will be agreed on.

This road map will

MTN FA Cup: King Faisal, Heart of Lions, Karela through to Round of 32