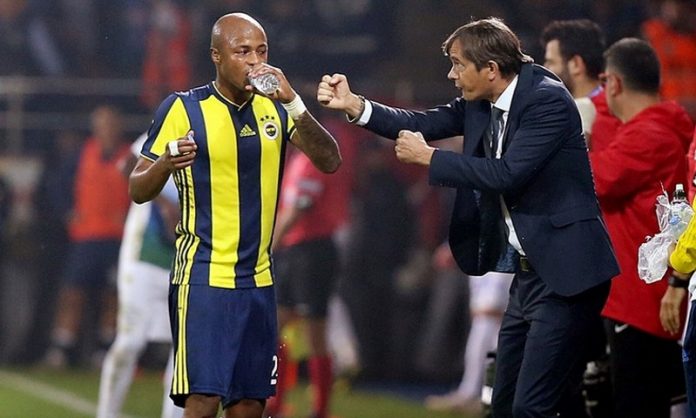 Chinese Super League side, Guangzhou Evergrande have expressed their interest in signing Andre Ayew from Swansea.

The Ghanaian international joined Fenerbahce on loan from the start of the 2018/19 season until the end of the season.

However, sources say, Guangzhou Evergrande are bent on signing Ayew for £45million and have already made the bid.

It is not yet known whether Swansea will accept the offer and also if Ayew will agree to move to China.

This is not the first time Evergrande have shown interest in Ayew as they tracked him in January 2018 but he was not keen on playing in the far east.

JUST IN: WAFU 2019 – Black Stars B not allowed to use their madatory dressing room

AFCON 2019: Egypt’s largest stadium will not be part of the match venues