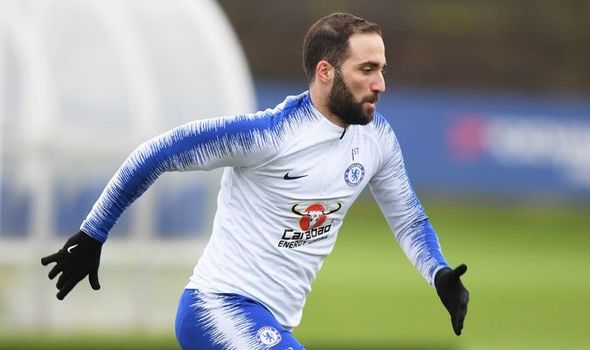 With the loan signing of Gonzalo Higuain, Chelsea have attempted to improve on their attacking options of Alvaro Morata and Olivier Giroud.

And with Morata on his way out of the club, it appears Higuain will have the mantle of starting striker for the rest of the season.

And Hazard is happy with the move.

Hazard told the Evening Standard: “This season we have been playing good but we missed the guy to score just one goal.

“It was like that against Spurs. If we had a striker that could score three goals, the game would have finished 5-1. But that hasn’t been the case. [Gonzalo] Higuain can do that. He is a top scorer, he can score anywhere.

“Have we missed a striker like Costa since he left? Yes of course. I like playing with Giroud and Morata, but when Olivier is playing he is doing his best for the side, he is more of a team player than a striker that just scores goals.”

Ghana DOL: Peter Ibrahim strikes against his former club as RTU made it five out of five in pre-season friendlies