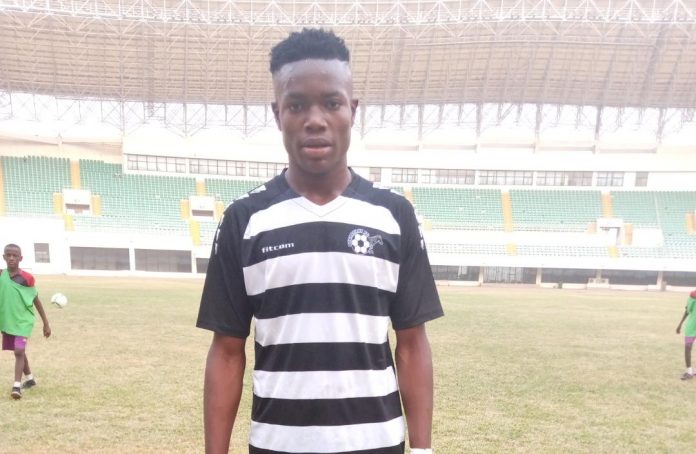 The fast rising dribbling machine, Issahaku Abdul Fataw of Steadfast FC has received a call up into the National U17 team, the Black Starlets for the second time in two years.

Fatawu, who currently has four goals from five Matches in the ongoing Ghana Division One League, Zone One is the talking point in town when it comes to DOL football. His movement with the ball, his passes and scoring abilities are superb.

The 16 year old talented winger was part of Ghana squad for WAFU U-17 Championship in Niger, 2018. He has been consistent in his performance and always improve match after match.

The assistant Coach of Steadfast FC, Mohammed Abubakari, popularly known as ‘coach Aquare’ said he is not surprised to see the latest discovery of the team being called into the national U-17 team, knowing how good the player is when he is with the ball in the field of play.

Abdul Fataw joined Steadfast FC in 2019 from Utrecht Football Academy for a record fee and has since played every single match for the club.

The young Chap is expected to report to camp on Tuesday, 11th February 2020.

FEATURE: From Tamale to FC Porto, the story of Mahey –...