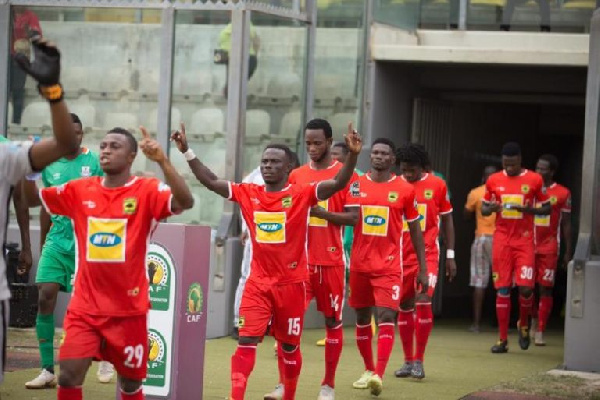 The Management of Asante Kotoko S/C will pay each player US$ 2,000 as bonus if they advance to the group stage of the Total Confederation Africa Champions (CAF) Champions’ League.

The Porcupine Warriors, two-time winners of Africa’s most prestigious club competition, had since 2006 failed to make an appearance at the group stage.

“Management has no doubt of the team’s capability to advance to the next phase of the competition,” Mr. George Amoako, the Kotoko Chief Executive Officer (CEO), told the GNA Sports in Kumasi.

This was after the club had accounted for Tunisia’s Etoile Sportive du Sahel 2-0, in a first leg preliminary tie of the Champions’ League, at the Baba Yara Stadium.

The CEO emphasized that the club was anticipating a good scoreline in the second leg in Tunisia in a fortnight time, to cushion the Porcupine Warriors to the next stage.

The Ghanaian giants, however, have an uphill task to overcome given the fact that the club is yet to go past their Tunisian opponents in their four previous meetings.

Kotoko trek to Tunisia on the back of a two-goal advantage, hoping to also score to unsettle their opponents – who have vowed to give the Porcupine Warriors a good run for their money in the second leg.

Enroute to this stage, Kotoko had beaten Nigeria’s Kano Pillars 4-3 on goal aggregate.

In a related development, the GNA Sports gathered that the Kotoko-Etoile match grossed about GHC653,000 from the 29, 000 tickets printed.

When will LaLiga, Serie A, Premier League etc. return?