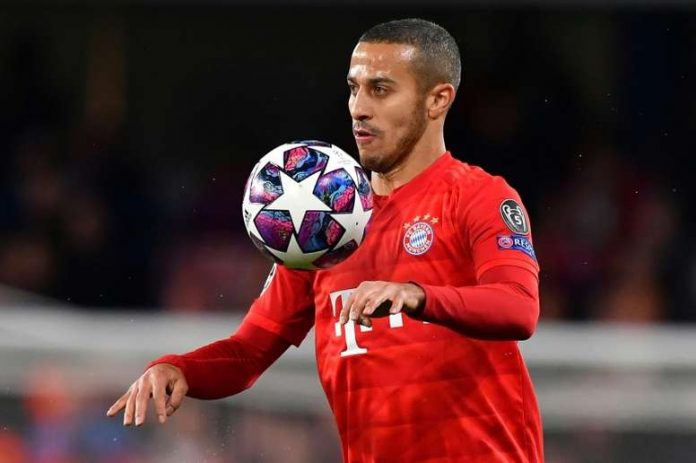 Thiago Alcantara insists he is happy to be with Bayern Munich.

It had become assumed the 29-year-old would leave the Allianz Arena this after ending negotiations to sign an extension on his current deal, which is due to expire next summer.

Liverpool are reportedly the frontrunners to sign Thiago, but there seems to be a chance he could remain in Bavaria.

Speaking after Spain’s draw with Germany in the Nations League, he told ZDF: “I only think about the game against Ukraine.

“Afterwards, we will see. Bayern is my home and I am happy to be there.”

Africans in the 2022/23 EPL: New arrivals, players to watch as Salah and Mahrez eye African records

REVEALED – Ansu Fati’s new contract at Barca, did you know that Messi’s brother is his agent?