Tamale City’s direct opponent in the just ended Ghana National Division One League Zone One, Nsoatreman FC who snatched the only ticket to the Ghana Premier League from the Citizens in a play-off have congratulated City on their qualification after the second chance window opportunity presented itself in another play-off with Liberty Professionals and Ebusua Dwarfs.

Nsoatreman FC took to their official Facebook page to congratulate Tamale City and declared their love for the Citizens. 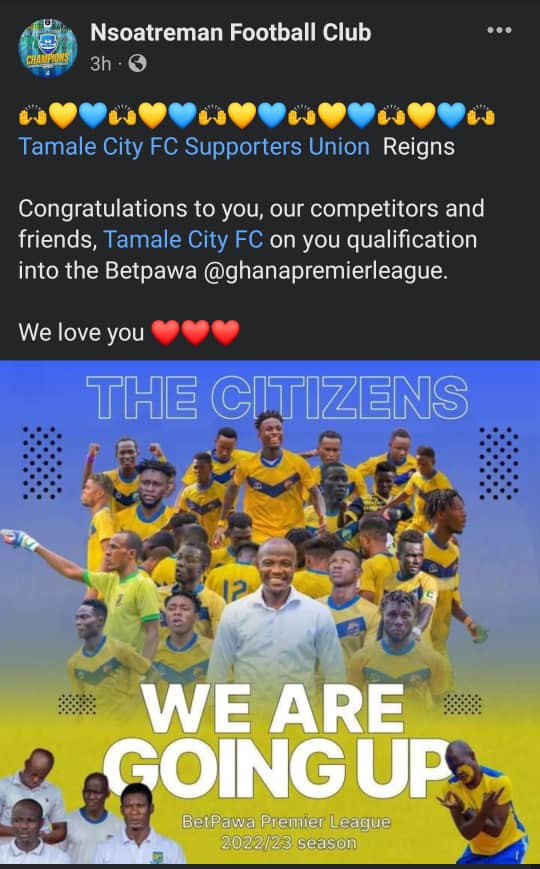 City finished top of the play-offs with four points after beating Liberty Professionals 1-0 last Saturday and securing a draw against Ebusua Dwarfs on Monday at the Accra Sports Stadium.

AFCON 2019: David Duncan, Mas-Ud Dramani and Sellas Tetteh to scout for Ghana in...