Tamale Loyal Ladies’ winning streak in the ongoing Northern Region Women’s Division Two League came to an end after they let a one-goal lead slip to draw 1-1 with Tamale Gangdu Ladies on Saturday.

The Lamashegu based side had a bright start as Issah Amama came close to finding the opener with a thumping header that was parried away by the host goalkeeper after a corner. 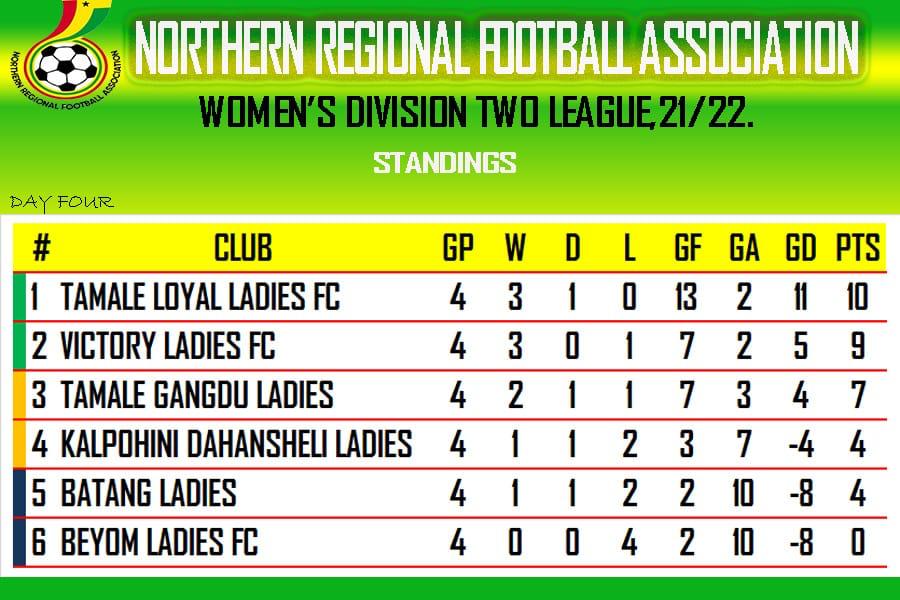 Amama eventually broke the deadlock for Mohammed Alhassan’s charges in the 18th minute with a tidy volley unmarked at the back post after a cross. That goal took her tally to eight, meaning she has scored in all four games played so far in the competition.

The game opened up, as Loyal Ladies almost registered a second goal just before the hour-mark after Rahama Sulemana Pagnaa swept Mariam’s cross towards the opponents goal area.

With time ticking however, Gangdu Laies snatched the equaliser for in stoppage time with a close-range effort, as Loyal Ladies’ winning streak came to a halt.

Victory Ladies took full advantage of Loyal Ladies slip to close the gap on the league table to one after beating Beyorm Ladies 3-1. In the other game Kalpohin Dahansheli Ladies drew goalless with Batang Ladies with the final matches coming this weekend.