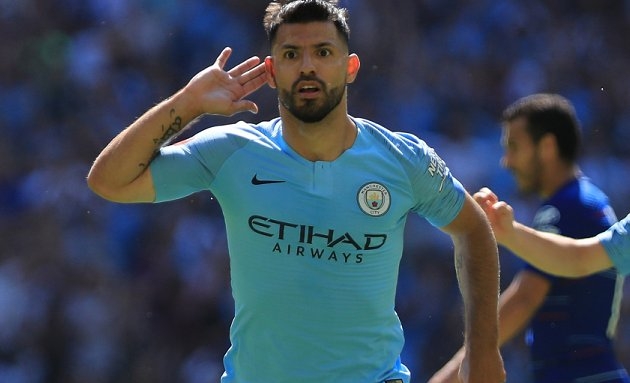 Manchester City striker Sergio Aguero stayed grounded after his hat-trick in their rout of Chelsea.

It also saw the Argentine – who is the Club’s al-time leading goalscorer – draw level with Alan Shearer with 11 Premier League hat-tricks.

“I have to continue the same way, but it’s important to win,” said Aguero.

Aguero could have had four as he missed a close-range effort in the first half.

He added: “I don’t know, sometimes it happens. The next one I scored. The important thing is to get the ball and for the team to win