PSG have claimed a 3-1 win over Manchester United in what was an enthralling contest at Old Trafford.

The result means PSG, United and Leipzig are all on nine points heading into the last match-day next week.

United must at least draw with RB Leipzig to secure a place in the knockout rounds as they are ahead of goal difference.

It was the Parisians who started on the front foot in Manchester, knowing that they needed to win after Leipzig defeat Basaksehir earlier in the night.

Neymar opened the scoring after eight minutes when a lucky deflection gave him space inside the box to fire past David De Gea from a narrow angle.

The Red Devils were extremely fortunate to still have eleven players on the pitch after Fred pushed his head into Leandro Paredes. 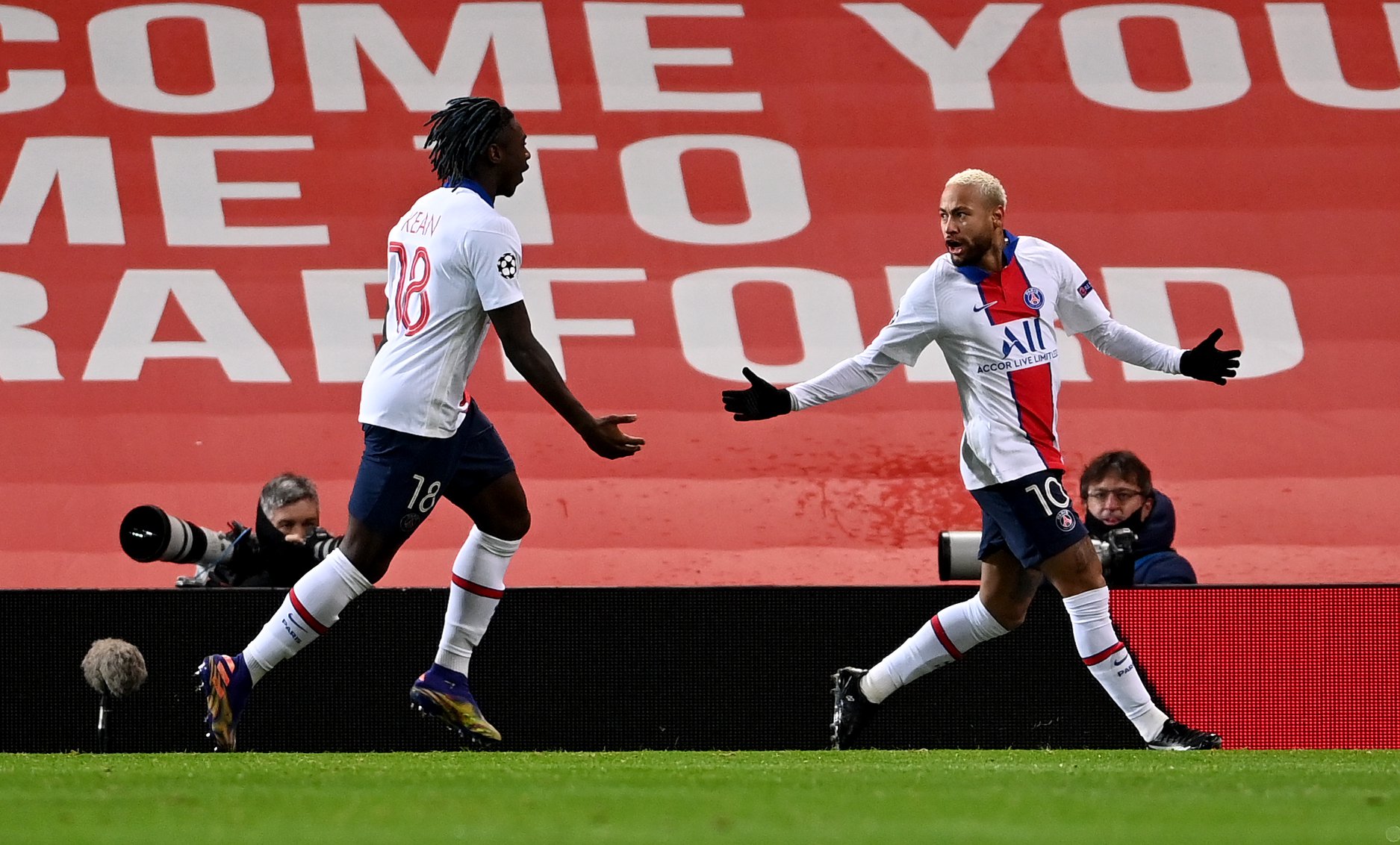 The referee consulted with VAR but somehow only brandished a yellow card for the Brazilian.

PSG‘s intensity died down and United eventually were rewarded with a deflected equaliser from Marcus Rashford, ruled as an own goal from Danilo Pereira.

Ole Gunnar Solskjaer must have given his players a pep-up at half-time as United came firing out of the blocks.

It should have been 2-1 for the hosts but Anthony Martial skied an absolute sitter after some neat inter-play between Rashford and Edinson Cavani.

Shortly after, Cavani hit the bar with a cheeky lob over Keylor Navas and Martial’s rebound was blocked fantastically by the PSG defence.

But it was Thomas Tuchel’s side who took the lead when Marquinhos benefitted from a pinball in the box by poking the ball past De Gea.

It went from bad to worse for United when Fred was sent-off for a second yellow card, leaving Solskjaer to rue his decision for not substituting the midfielder at half-time.

The final nail in the coffin came in injury-time from Neymar, who finished a superb counter attack with a close range finish.

Font: Koeman will NOT be Barcelona coach if I win presidency

Clubs to pay GHC 60,000 per game for usage of stadia if football returns...