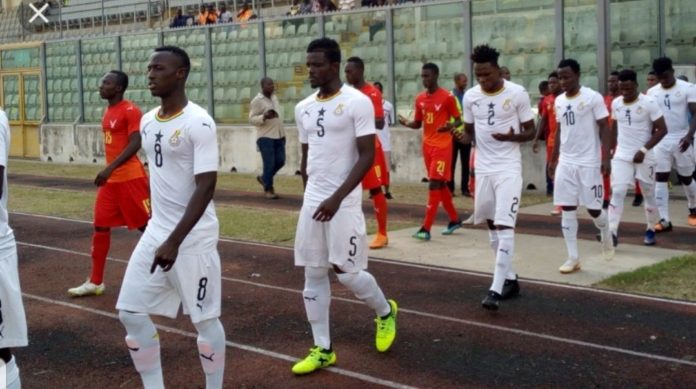 Yaw Yeboah, Captain of the national U-23 national team, Black Meteors has said that the team is aiming at representing Ghana at the upcoming 2020 Olympic Games in Tokyo, Japan.

According to the skillful forward, though it would not come easy the team was well prepared for the task ahead after beating Algeria on 2:1 aggregate to book a ticket for the final African qualifying tournament slated for Egypt from 8th-22nd November 2019.

He said though the team did not have a good game in the first leg, they psyched themselves up for the task ahead, hence the delivery.

“We are happy and proud of what we have done after a not so convincing first leg at the Accra Sports Stadium. We had a positive mentality going into the return leg and we said to ourselves that we needed to win the game to make Ghana and ourselves proud.

“This win is not over, we need to go to Egypt and make it happen as the journey to Tokyo 2020 has just began.

“For now our focus is on Egypt, which would not come easy looking at the qualified countries, but our sole aim is to book a ticket from there.

“We just have to go there and give our best, deliver and do whatever we can, to see Ghana in Tokyo come 2020 in football”.

The Black Meteors, recorded an impressive 1-0 away victory against their Algerian counterparts in the second leg encounter of the Africa Olympic qualifier.

After a 1-1 draw in the first leg played at the Accra Sports Stadium last Friday, Captain Yeboah inspired his team to victory to book qualification.

The Black Meteors having traveled with just 15 players due to injuries and suspensions and were handicapped going into the game but defied all odds to beat Fennec Foxes.

After a scoreless first half, a 69th-minute superb solitary strike from Yeboah boosted Ghana’s chances of qualifying to the Olympic Games in Tokyo.