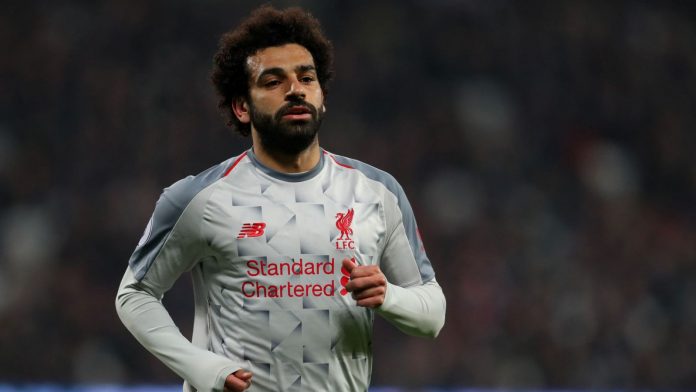 West Ham are investigating after a video emerged of a fan racially abusing Liverpool forward Mohamed Salah during Monday’s 1-1 draw at London Stadium.

Egypt striker Salah, 26, was filmed on a mobile phone from a section of home supporters as he was taking a corner.

The footage, taken by a fellow fan, shows expletives directed at Salah including about his Muslim religion.

In a statement, West Ham said they have “a zero tolerance policy to any form of violent or abusive behaviour”.

It continued: “We are an inclusive football club. Anyone identified committing an offence will have their details passed to the police and will face a lifetime ban from London Stadium.

“There is no place for this kind of behaviour at our stadium.”

The user who posted the video on Twitter said: “I was disgusted by what I was hearing. People like this deserve no place in our society let alone football matches.”

Police are aware of the incident.

“We are dismayed to see yet another high-profile incident of discrimination in English football,” anti-discrimination charity Kick It Out said in a statement.

“We are pleased that West Ham officials have expressed their determination to identify the supporter and take firm action – this type of behaviour is simply unacceptable and must be challenged swiftly and decisively.”

He has been praised by Steve Rotheram, mayor of Liverpool, for helping to tackle Islamophobia and “breaking down barriers”, as well as being described as a role model for Muslim children.

INSIDER! Fatawu Issahaku set to join Top EPL side, then go out on loan

Champions League last 16: Best of the stats in Europe

Ghana Women’s Premier League clubs to have one female in coaching staff from 2021/22...