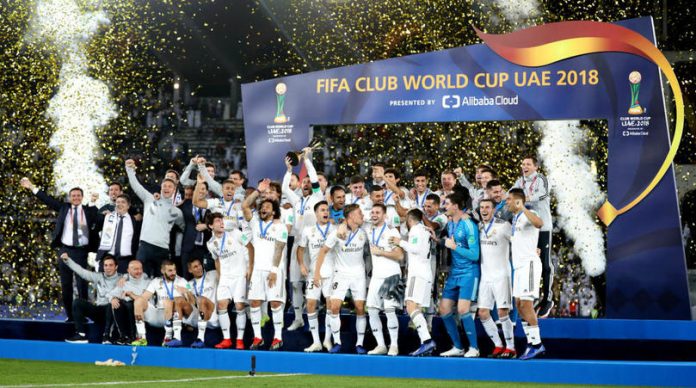 Real Madrid have knocked Manchester United off the top of Deloitte’s Football Money League, but the Premier League still flexed its financial muscle, with all of England’s ‘Big Six’ featuring in the top 10 for the first time.

The Deloitte list ranked clubs on how much money they earn from broadcasting, commercial deals and match-day revenues during the 2017-18 season.

United had spent the last two years in first place in the financial charts, but they have slipped to third behind European champions Real and Spanish giants Barcelona.

Dan Jones, the report’s author and a partner in the Sports Business Group at Deloitte, said: “European football remains a bull market.

“We have seen Real Madrid shatter records, becoming the first club to break the three-quarters of a billion euro mark and claim a record twelfth Money League title in the process.”

After winning a third consecutive Champions League title, Real generated a record Â£674.6 million ($881.8 million), giving them the Money League top spot for the 12th time and the first since 2014-15.

All the British clubs were slightly affected by a three per cent year-on-year decline in the value of sterling against the euro.

United’s fall was influenced by their early exit from the Champions League in the last 16 last season and the remarkable growth in the Spanish duo’s commercial income.

While revenues at Old Trafford grew by only two per cent, they still earned £590 million last season and the latest forecasts suggest they should surge past £615 million this season.

Manchester City, Chelsea and Tottenham, the north Londoners making the top 10 for only the second time, all enjoyed healthy increases in their turnover.

Liverpool’s run to the Champions League saw their revenue increase by a massive £90.6 million, largely thanks to £222.6 million in broadcast earnings.

While the extended stay at the national stadium is starting to annoy fans, the Wembley effect helped Tottenham increase their matchday revenues by £26.5 million.

Arsenal saw their income fall by nearly Â£30 million and they dropped from sixth to ninth in the table, a slide that illustrates the importance of Champions League TV money to every big club’s bottom line.

Further down the table, Everton and West Ham hold on to their 17th and 20th placings, respectively, but Leicester and Southampton dropped out of the top 20 to 22nd and 23rd.

Newcastle, however, climbed to 19th, giving the Premier League nine teams in the top 20, one fewer than last year.

Taken together, the top 20 clubs, who all come from one of Europe’s ‘big five’ leagues, earned £7.4 billion, up six per cent on last year.