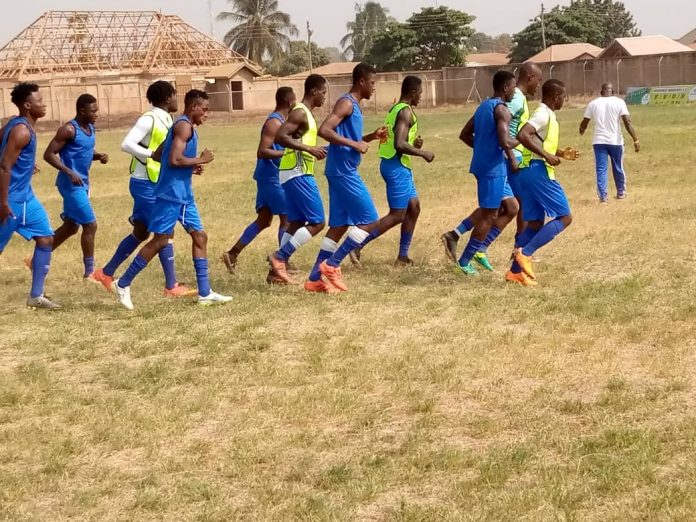 Though it is early days yet Real Tamale Utd fairy tale start to the league campaign will continue on on Sunday when they welcome Gbewaa FC to the Aliu Mahama Stadium.

The Northern Blues will be looking to get their first home win of the season after one draw and two defeats in their opening three division one league games.

Coach Shaibu Ibrahim Tanko and his assistant Kojo Whyte have been working hard to shape the club but they are yet to record their first victory of the season.

Gbewaa FC superb start to the season was halted by B A United and a draw in their third game puts them in dye need of victory to return to winning ways.

The Lions have already picked a win at the Aliu Mahama Stadium following their hard fought win over Wa Suntaa Fc in Match day 1 of the Division one league.

Despite their winless run, RTU fans have some reasons to be encouraged as they make their way to the Stadium. Those supporters gave out a collective groan when head coach Shaibu Ibrahim Tanko indicated he was optimistic of turning the fortunes of the club.

The Sports Director for the University for Development Studies has brought some stability to the team but is counting on management to help push his agenda of bring RTU into the Top flight.