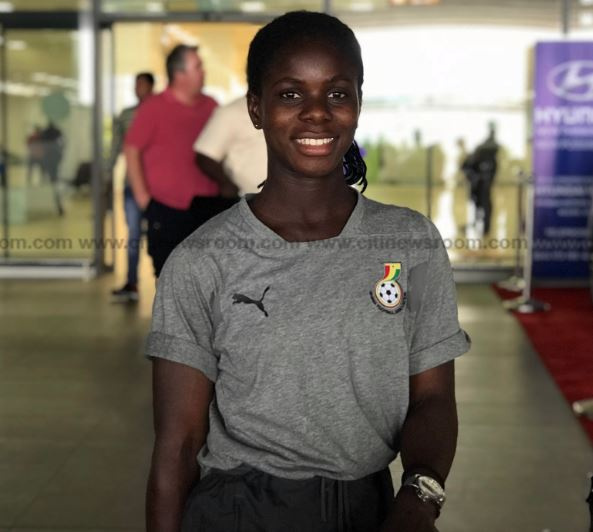 Forward Mukarama Abdulai is yet to report to camp almost a week after being called up for national duties with the senior women football team, the Black Queens.

Last week, Coach Mercy Tagoe-Quarcoo invited 30 players –25 home-based and five foreign-based players to prepare to face Gabon in the first round clash in the 2020 Olympic Games qualifiers scheduled for August 26.

The Daily Graphic on a visit to the Queens’ training camp at the Ghanaman Soccer Centre of Excellence at Prampram realised that apart from Abdulai, all the home-based players have reported to camp as well as Spain-bound Priscilla Okyere and Grace Asantewaa.

Head coach Mercy Tagoe Quarcoo confirmed that the Northern Ladies’ striker was yet to report to camp and she was yet to be told why.

“My initial checks indicate that a special competition was played at Tamale last week and Northern Ladies were in the final so that may be the reason she is yet to report.

“We will give her up to tomorrow to hear from her, if not we will prepare and plan for the match without her,” Coach Tagoe Quarcoo explained.

The Queens coach also revealed that the team have had to hold vigorous training sessions twice each day to be able to improve upon the fitness level of the players.

“We do not have the luxury of time given that we have just two weeks to prepare. We are compelled to push the ladies harder than we normally would by holding hectic training sessions of two and half hours twice each day.

“We all understand the task ahead so we need to make those sacrifices to at least, clear the Gabon hurdle,” the coach explained.

The Queens will travel to Gabon on August 26 for the first leg of the first round and host the second leg on September 3.

The Queens will be seeking to qualify for the Olympics for the first time having come close in 2004 and 2008 as well as in 2016.

Four years ago, they missed out painfully after being edged out on the away goal rule in the final round against Cameroun.

The first leg of that last round ended 1-1 in Yaounde but the Camerounians scored a last-minute goal to draw 2-2 in the return leg in Accra.

In 2008, having lost the chance to pick Africa’s lone slot to rivals, Nigeria’s Super Falcons, the Queens were again denied the chance when they also lost the play off 5-0 to Brazil in their encounter played in Beijing, the venue for the 2008 Games.

In their very first attempt in 2004, the Black Queens were left disappointed when they missed their chances to win on penalties against Nigeria at the Accra Stadium.

Goalkeeper Memunatu Suleman had made two saves of the Falcons’ shoot out and the Queens were required to convert their kicks, but they missed those chances, allowing the Nigerians to recover and win to claim the one ticket for the Games in Athens.