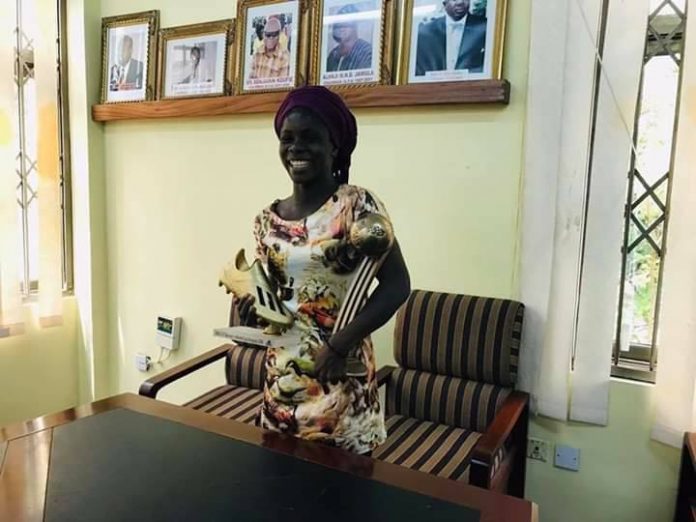 Ghana captain Mukarama Abdulai has expressed her delight at receiving the Adidas Golden Boot and Adidas Bronze Ball she won at the 2018 FIFA U-17 Women’s World Cup staged in Uruguay.

The Black Maidens captain emerged as top scorer of the competition with seven goals in four matches and also collected the Adidas Bronze Ball as the tournament’s third best player behind Spain’s Claudia Pina and Nicole Perez of Mexico.

Ghana were knocked out of the competition at the quarter-finals so the 16-year-old forward was not present to receive her awards at the ceremony held after the final between Spain and Mexico.

However, FIFA sent Mukarama’s award to the Ghana Football Association (GFA) to be handed over to the Northern Ladies FC player.

GFA Normalisation Committee member, Naa Odofoley Nortey, presented the awards to the player on Tuesday in the presence of officials of some female clubs who were at the GFA Secretariat for a meeting.

— Ghana Football Association (@ghanafaofficial) February 19, 2019
After receiving her award, the youngster took to Twitter to convey her excitement at her achievement, describing the trophies as “My Babies”.

Mukarama, who is Ghana’s all-time top scorer in FIFA U-17 Women’s World Cup history, was also nominated for the CAF African Women’s Player of the Year award.

Guardiola on his Man City table leaders: You never give up