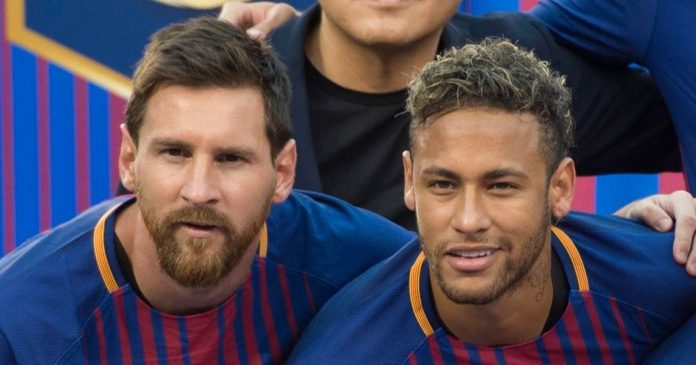 Neymar used to be heavily linked with the potential Barcelona return. He was reported to be unhappy at Paris Saint-Germain and determined to rejoin his former side and close friends – Leo Messi and Luis Suarez. The Catalan press even claimed that the Brazilian called endlessly the Blaugrana board and begged them to take him back.

However, the rumours nearly ceased to exist following Neymar’s disappointing injury. The Brazilian has been out of action since January as he sustained the same metatarsal injury which ruled him out for the final three months of the 2017/2018 season. He is currently recovering in his native Brazil and finds some time to speak with the press.

In an interview with the local top source Globo, the Brazilian thanks Leo Messi for helping him a lot during his Blaugrana tenure: “I tell this story to everyone. At the time when I needed support the most at Barcelona, the man of the team, the best player in the world, came and gave me a hand. He means a lot to me.”

Neymar scored 105 goals in 186 games for FC Barcelona and was instrumental in the historical Treble in the 2014/2015 season. However, he left in the summer of 2017 for the record-breaking sum of 222 million euros. There are talks that he wanted to get out of Messi’s shadow. In any case, he is now overshadowed by Kylian Mbappe, 20-year-old revelation and Messi’s main rival for the Golden Shoe award.

F1 calendar: 2021 season to start with Bahrain and Imola, as Australia and China...