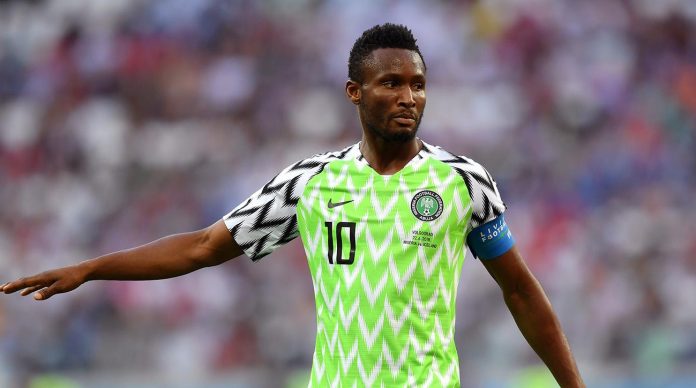 Nigeria’s John Mikel Obi is looking for a new club after leaving Chinese Super League side Tianjin Teda by mutual consent with a year left on his deal.

The 31-year-old left Chelsea in January 2017 but injuries meant he made just 31 appearances for Tianjin.

He is keeping his options open as he begins the search for a new challenge.

“As for my next stop, I am not sure yet, maybe I will return to Europe, maybe stay in China,” he was quoted as saying by local Chinese media.

The midfielder has not played for his country since last summer’s World Cup, leading to speculation about his international future.

“With Mikel you cannot say when and if he will be returning to the team now,” said Nigeria coach Gernot Rohr.

It is the first time since he began his professional career at Norwegian club Lyn Oslo in 2004 that Mikel finds himself without a club.